In a post last May, I showed my completed 2018 quilts: three for weddings and five as "good-bye" gifts for co-workers.

Since then, I've finished (finally) a quilt for my own bed.  The top for this was completed (or so I thought) over a year ago, but after looking at a photo I'd taken, I discovered that several blocks were sewn together wrong!   Funny how seeing something through a lens can draw your attention to details that you miss when you look directly at it.  So I had the tedious task of taking apart the mis-aligned blocks and re-sewing the seams correctly.  Not fun when you're manipulating a queen-size quilt top!  Came out nicely, though, if I do say so myself.  Now to make the matching curtains from the patterned iris fabric. A couple of odd blocks made from scraps made a cheery and useful comfort/healing baby quilt, I think.  Quilted this one myself. 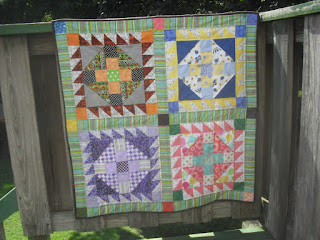 Also quilted this variation on what I call my "SIBQ" -- Standard Issue Baby Quilt, which is always made of 1930's reproductions and white, usually alternating 9-patches and plain blocks, but this one is a little different.  It was shipped to California for the first grandchild of a friend there. 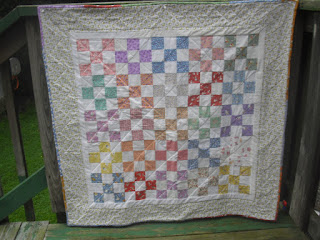 I have a couple throw-size projects in the works, but mostly, in the near future, I want to concentrate on finishing up about half a dozen smaller, mostly scrap quilts, that would be suitable for baby quilts and that I can machine quilt myself.   Watch this space.
at September 30, 2019 No comments:

The final stop on the Alaskan odyssey was Portland, Oregon, which allowed me to check off another state from my list.

We stayed in an historic hotel, formerly the Multnomah Hotel, now run by a major chain.  The rooms were very comfortable with updated amenities, the lobby area had been beautifully restored, and there was a salt-water indoor pool! 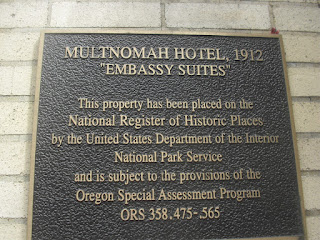 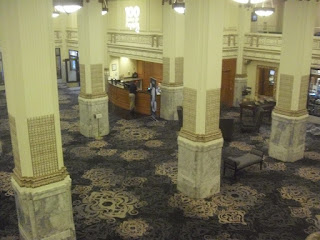 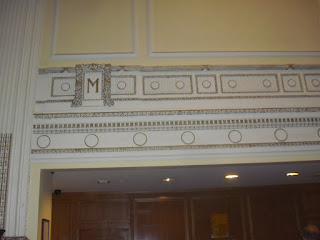 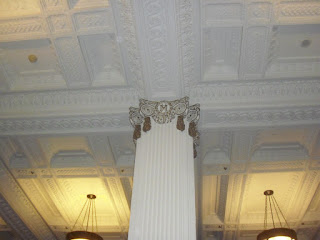 I was in need of some down time, so D#1 headed off to the science museum while I took a brief nap, then a short walk around the neighborhood.  The hotel was in an older area of Portland, so I had a chance to admire the architecture of what appeared to have been a retail area in the past.  Lovely two- and three- story buildings with varied storefronts lined the streets. 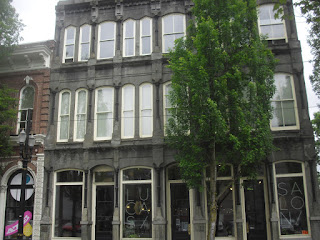 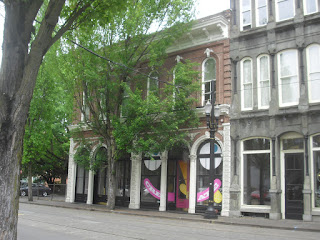 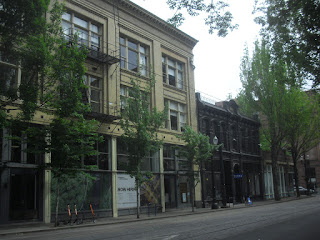 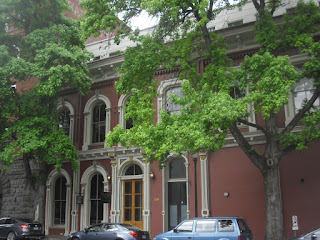 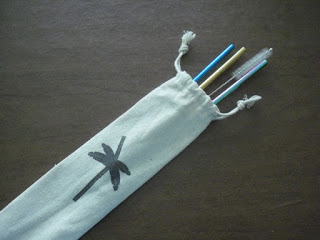 D#1 brought me a gift from the science museum -- something I'd been saying I wanted for some months now:  a set of metal straws to carry in my pocketbook! 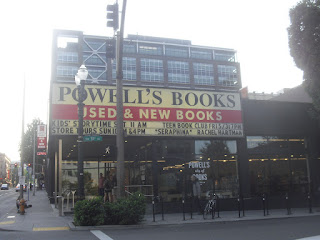 We had only a little over 24 hours in Portland, but we made certain to visit a local landmark and mecca for readers, Powell's Books, a multi-floor building covering almost a full block.  Needless to say, I found one or two titles to purchase. 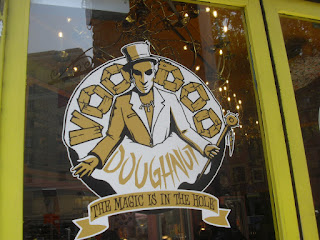 Right in our neighborhood was another well-known spot, Voodoo Donuts, which has several dozen flavors, most of which are not found elsewhere.  While I was not adventurous enough to try the "guava colada," I found the "grape ape" to be surprisingly tasty. 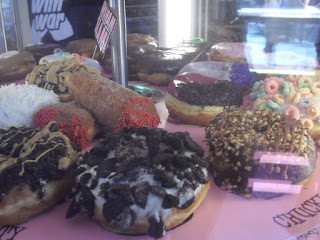 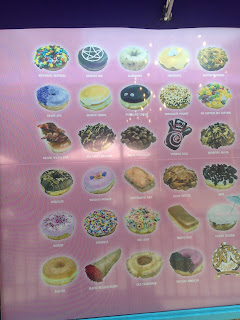 D#2 still had several places to go after Portland, so she flew out early Wednesday afternoon.  I had booked a red-eye to get me back to Philadelphia early in the morning, so I spent my additional hours strolling around again.  Funny how I ended up back at Powell's.
at September 29, 2019 1 comment:

Email ThisBlogThis!Share to TwitterShare to FacebookShare to Pinterest
Labels: Portland OR, travel 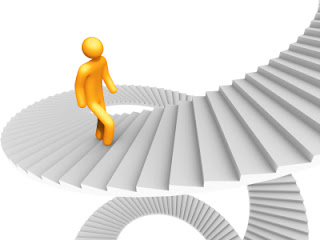