I believe it was Pat who first "discovered" -- or maybe self-diagnosed -- A.D.Q.D.: Attention Deficit Quilting Disorder.   It was probably inevitable that I would, eventually, succumb.

Generally, I strive for a certain amount of "neatness" in my surroundings.  In addition to being more-or-less hard-wired for organization (remember my profession is not just "librarian" but "cataloger"), my mind works better when I'm not in the middle of chaos.   I keep a list (on Excel) of projects, stages that they are in, the next step, etc., which provides me some built-in prioritizing.  For a number of years, I have managed my quilting based on this list.   If there's a deadline because of an Occasion, that quilt gets bumped up, while those with no particular purpose can languish.

However, contrary to my expectations and quite to my surprise, I believe I have contracted a serious case of A.D.Q.D!   This weekend I set aside some time to sew, but found myself jumping from place to place, finding myself unable to commit!

I could have put the final top and bottom borders on the white and bright log cabin. 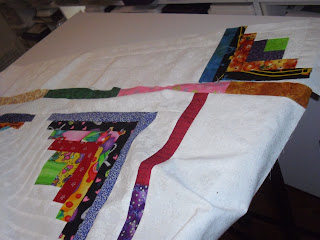 Also needed to pin-baste the small top I made from repro charms, so I can machine-quilt it myself. 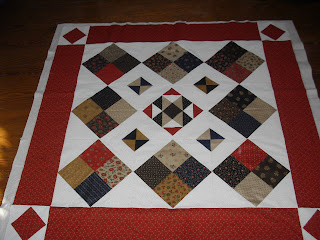 A while back I'd stumbled on a pattern called Land of Happy Endings which I thought would be great in yellow and blue-purples, so I started to put scraps aside. 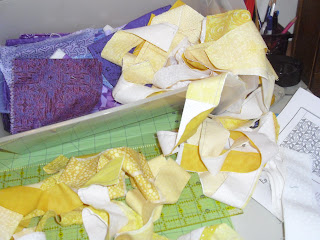 Before Christmas, a friend of D#2 was visiting and I showed her my sewing room.  She was so excited to see William Morris fabrics!   Someone of college age who is fond of Bill!  Who knew such a person existed?  So I figured a good use for the dozen leftover tessalated stars would be a small quilt for her. 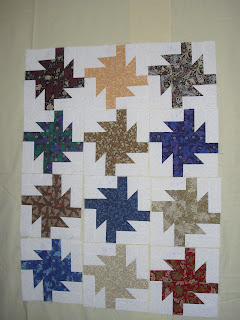 Then there was the next installment of the mystery quilt that Pat and I are doing. 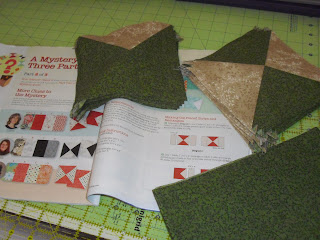 A close friend of D#2 has a chronic illness and is finishing high school as "cyber-school".  I want to make her a quilt as a graduation gift and D#2 chose these beautiful Asian Anvil swap blocks for it. 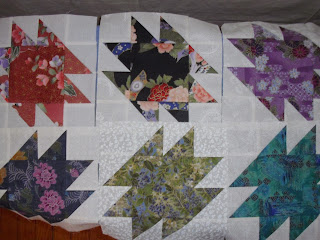 Several of quilters who I know have made striking 36-patch quilts, so a while ago, I paired Asian fabrics with others and set them aside. 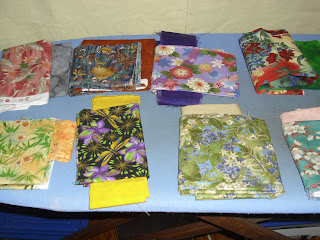 On a whim I picked up a jelly roll of pastels and a whimsical fish print that used all the colors, thinking I'd try one of those sew-all the strips together quilts. 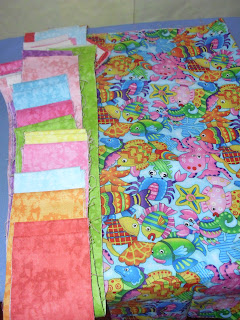 And then there's the Amelia line from Moda.  So bright, cheerful, and spring-y!   I plan to make a Schnibbles pattern from two sets of charm squares, plus a little yardage I've acquired. 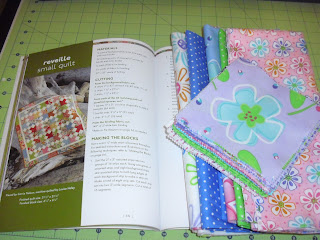 And those are just the projects for which I've identified both pattern and fabric!  What to do, what to do???!!!???

Being the slightly OCD person I am (surprise, huh?), I decided to work on the nearly-done before I started anything new.  So I finished the borders on the white and bright log cabin.  It's now ready to be taken to the long-armer at some time in the future.  Even made the binding, labeled it, and set it aside. (I told you I was a "little" OCD!)  Then I cut the rectangles for the next step of the mystery quilt.  And finally -- with a little help -- I pin-basted the repro charms quilt. 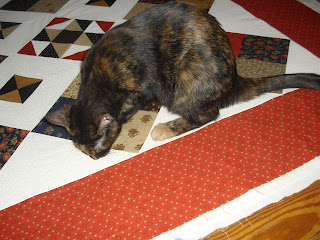 Feline examination of the quilt was expected and presented no problems.  However, I confess I didn't appreciate Sassy's attempt to remove the safety pins after I put them in. 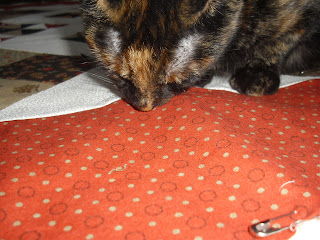