When I get my act together (no breath-holding, please!), I hope to do a couple of posts with actual writing.  Want to finish up my London trip, and put up a few photos of subsequent travel.  Till then, here are some of the quilts I've finished and photographed. 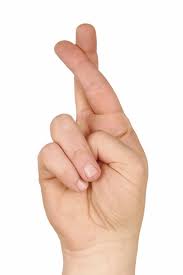 The pattern for the main part of the quilt below became known as "The Quilt From Hell" as it flummoxed blog-free Honna, one of our White Oak Group, a while back.  Consequently, I gave her some small assistance so she could finish the large one she was making as a gift.  I just knew that, with the right fabrics (contrast, contrast, contrast), it would be lovely.   Last year, I decided to make it in purples and pansies for D#2's "new" room.  (We've only been in our house ...um... 3 years now...).  When I asked Honna if I could borrow the pattern, she graciously rescued the pattern from the trash and gave it to me for keeps!  I lengthened so it would fit D#2's bed and designed the pieced borders, using actual math!  Unfortunately, when I started to put them together, I discovered that my "actual" math was wrong.  I therefore named the borders "the borders from Hades"!   But, when it was FINALLY completed, I was mostly happy with it!   Size is a touch small to be the generous bedspread I wanted, but it still covers the mattress and box spring. 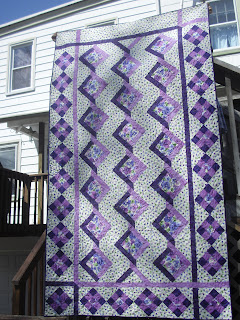 An office colleague has two daughters, each of whom announced in January that he would be a grandfather!  Their due dates were just one week apart and the babies' actual birthdates were back-to-back!  "Standard issue" baby quilts for both!   His favorite color is orange, so a nod to granddad on both bindings. 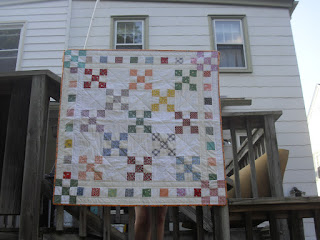 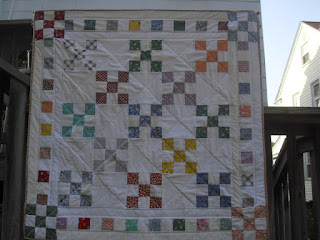 The organization "Quilts for Kids" hosted the Philly Modern Quilt Guild for a sew-in a while back.  I went along as the guest of my friend, Bobbi.  There I started putting together a pre-cut kit of fun Laurel Burch cat fabrics.  Finally finished it so it could be returned to QfK.  This photo was taken before I added some additional quilting, per the organization's request. 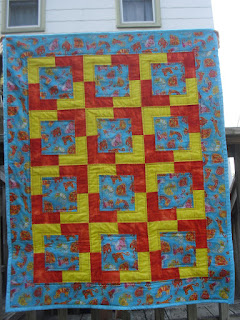 Years ago, a pattern called "Pointless Wonder" was floating about -- one of those stack-and-slash patterns where end up with all the fabrics mixed up in each block.   Not long after 9/11, I'd made one in red, white, and blue, one of many delivered to the families of the firefighters killed that day.

Last fall, I brought to a close (temporarily at least) my relationship with a therapist who had seen me through the worst of my "annis-es horriblis-es".   I wanted to make her a "parting gift," so to speak). I decided this pattern, with stars whose points were all chopped off, would be appropriate, partially as a representation of my struggle to break free of my perfectionistic attitudes. I chose the fabrics because she and I share the favorite color of purple, she works with many women, hence the pink, and green is the color of growth.  Thought I'd call it "Perfect Points are for Perfect People", but that was way too long, so I settled on just Pointless Wonder, and included a note about the rejected name as well as the color scheme. 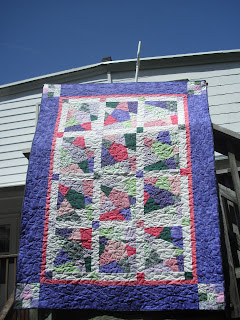 The last of my purple trio -- a free pattern from Susan Mallery called "Land of Happy Endings." Oddly, though I am known for my love of purple and I own a ton of fabric in those tones, I'd never made a purple quilt!   Then, for a while, I had three in progress -- the purple pansies for D#2, PW for T, and this one.... just because.  Currently a quilt with no owner, it was made of scraps, with the yellow and white 9-patches my leader-ender project for some time.  I was so excited when I found that polka dot border fabric!  You may be able to see it more closely if you click on the photo. 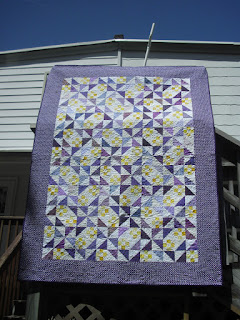 I've already had a couple of offers to take it off my hands....