More 2103 wrap-up: San Francisco in April and Chicago in June

Business trip took me back to San Francisco in April.  I never get tired of going there -- tired of the plane trip, sure, but the destination?  Never!    Stayed in a little "boutique" hotel near the cable car turnaround and grabbed the first car to the Fisherman's Wharf area to walk along the beach, looking at the Golden Gate Bridge in the distance on one side, 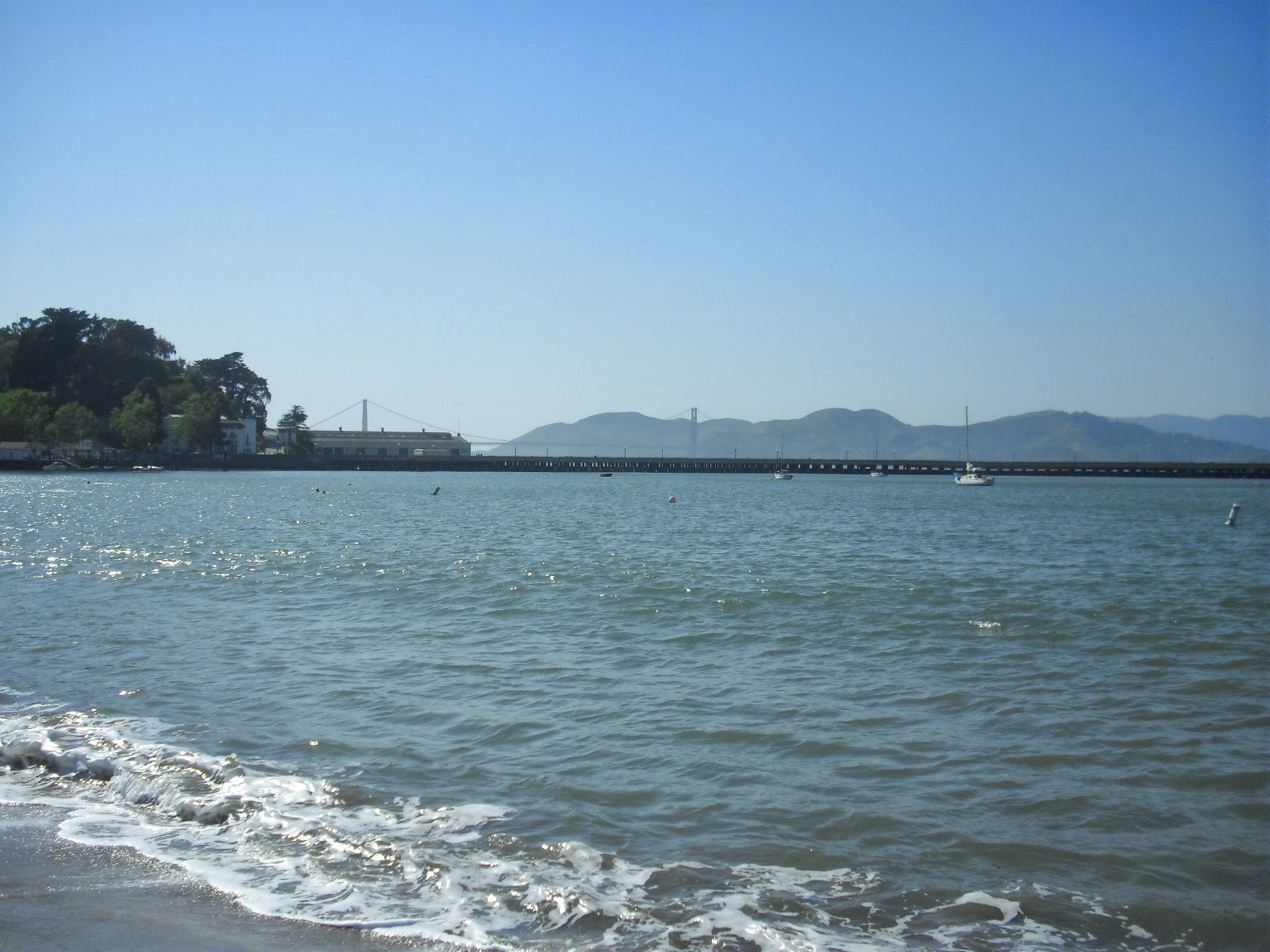 and the buildings of the city on the other. 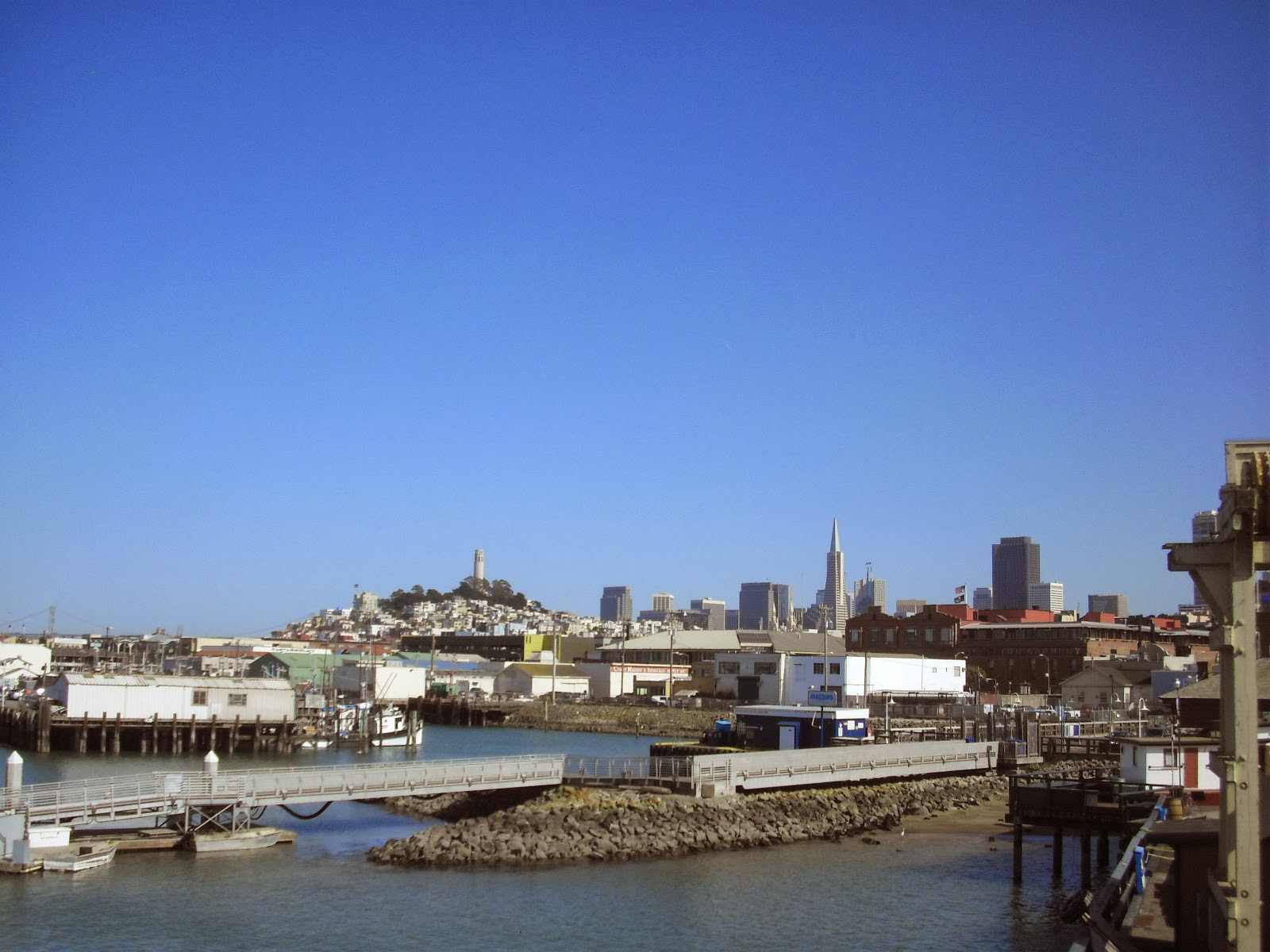 Took some time before the conference opening to explore places I'd never visited before, starting with an almost-full day's visit to Golden Gate Park.  Walked nearly the entire three mile length, wandering north and south on the many pathways, taking dozens and dozens of photos.

The Conservatory of Flowers  was a wonder inside and out.  The oldest such glass and wood structure in the country, by the end of the 20th century, it needed extensive repair and renovation and was closed for several years to be rebuilt and refurbished. 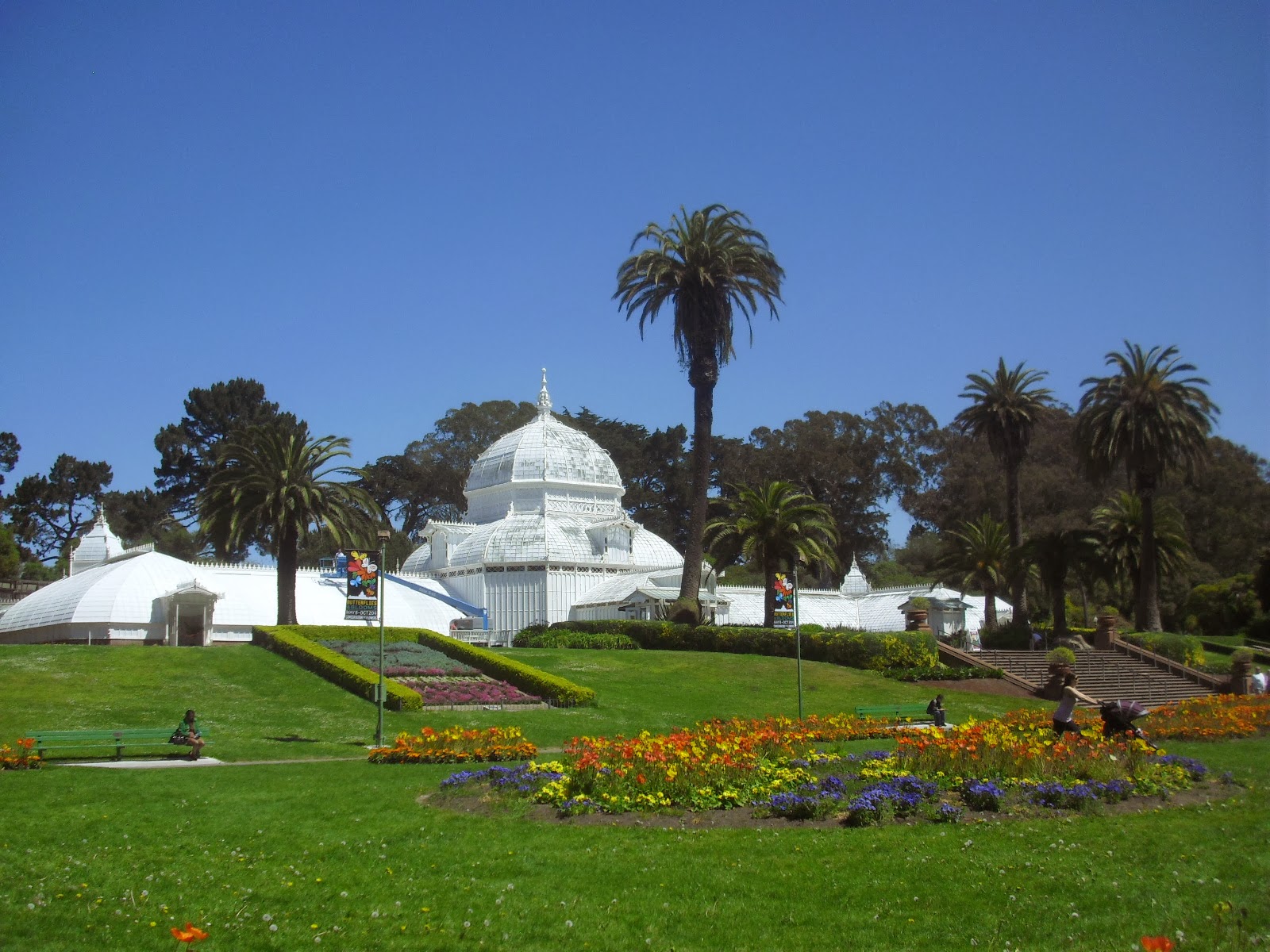 The small Japanese garden section had wisteria in full bloom cascading from above.  Gorgeous! 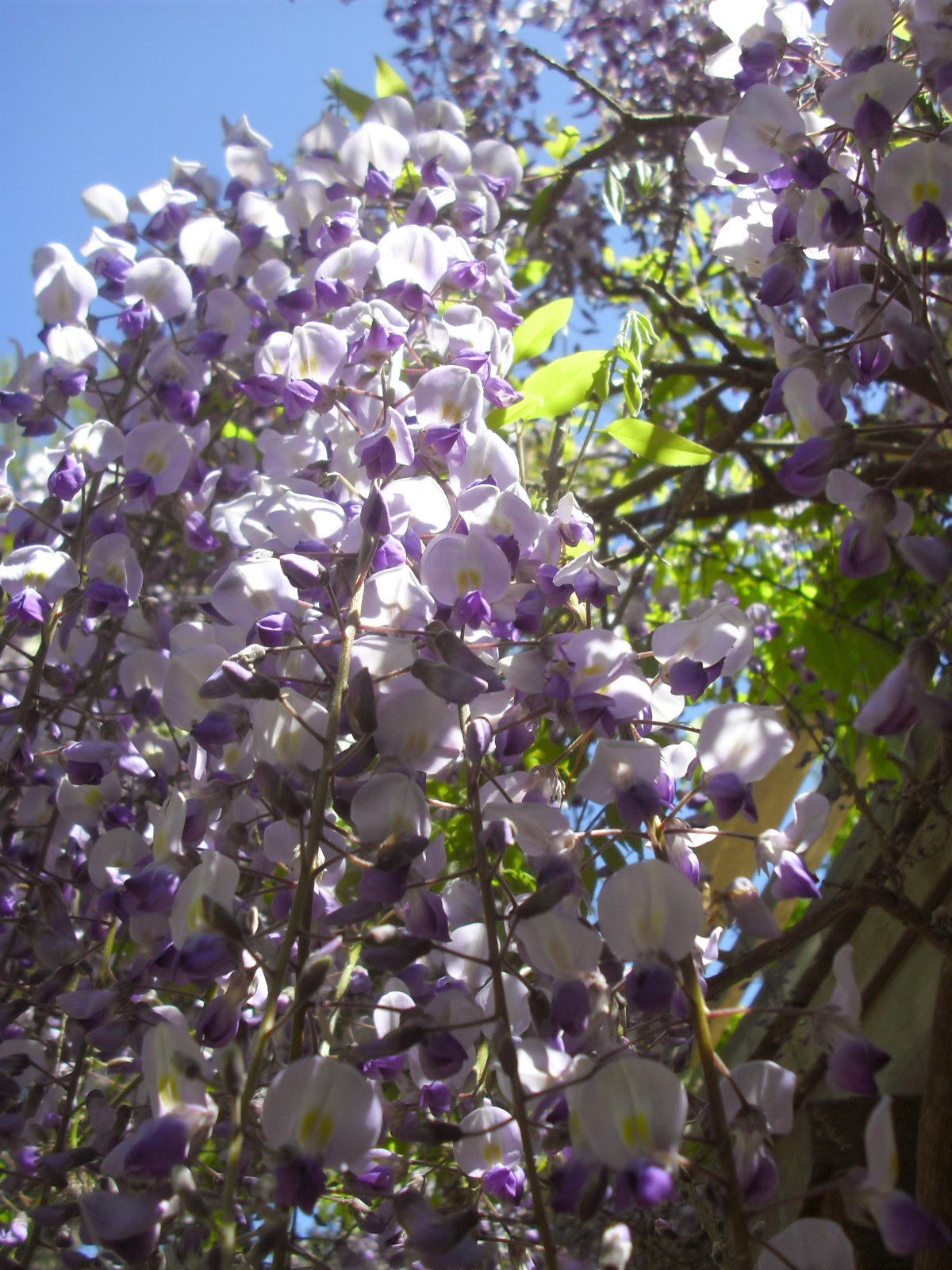 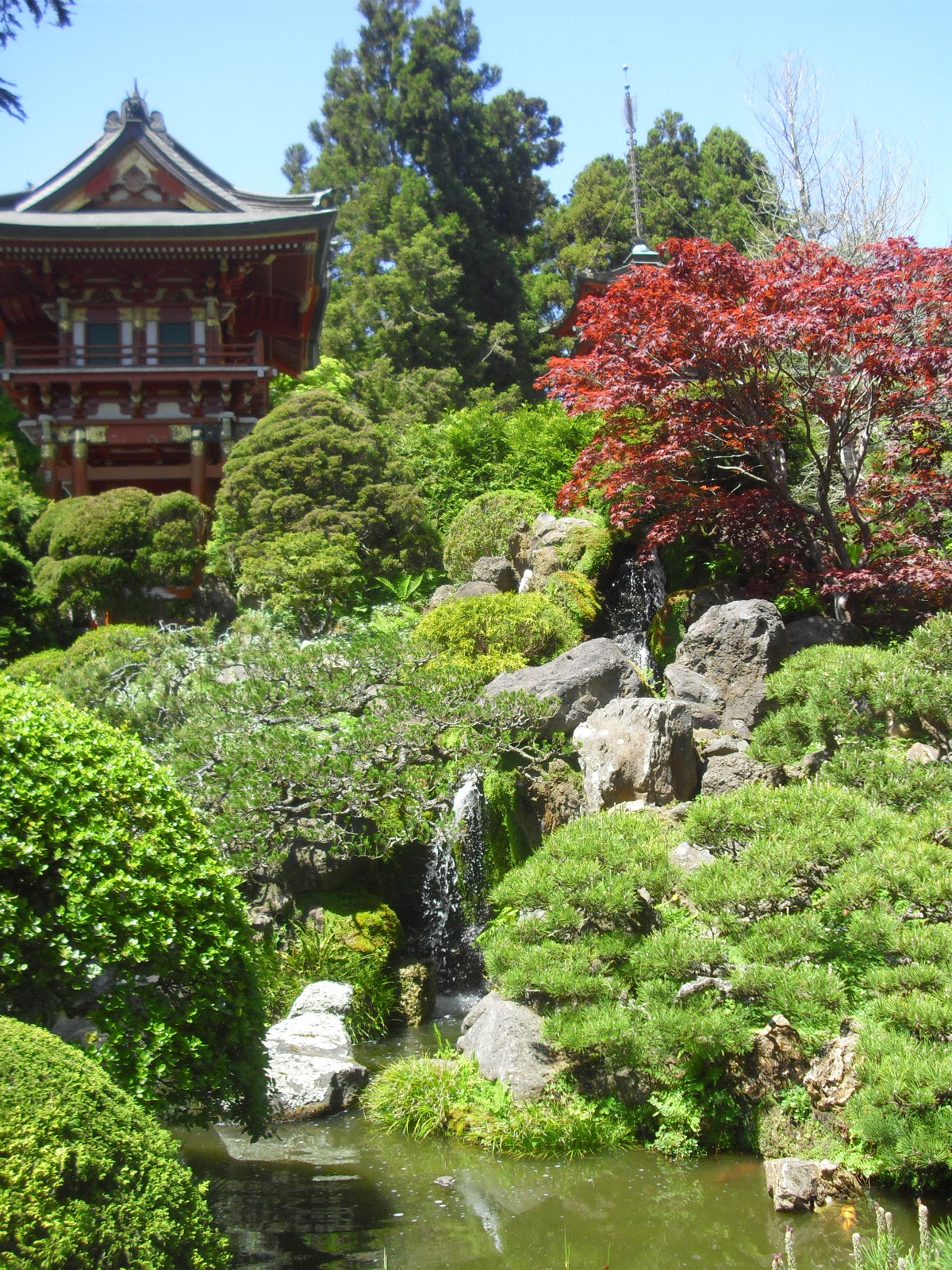 Another path featured a huge bed of white calla lilies, which I think of as summer container plants. 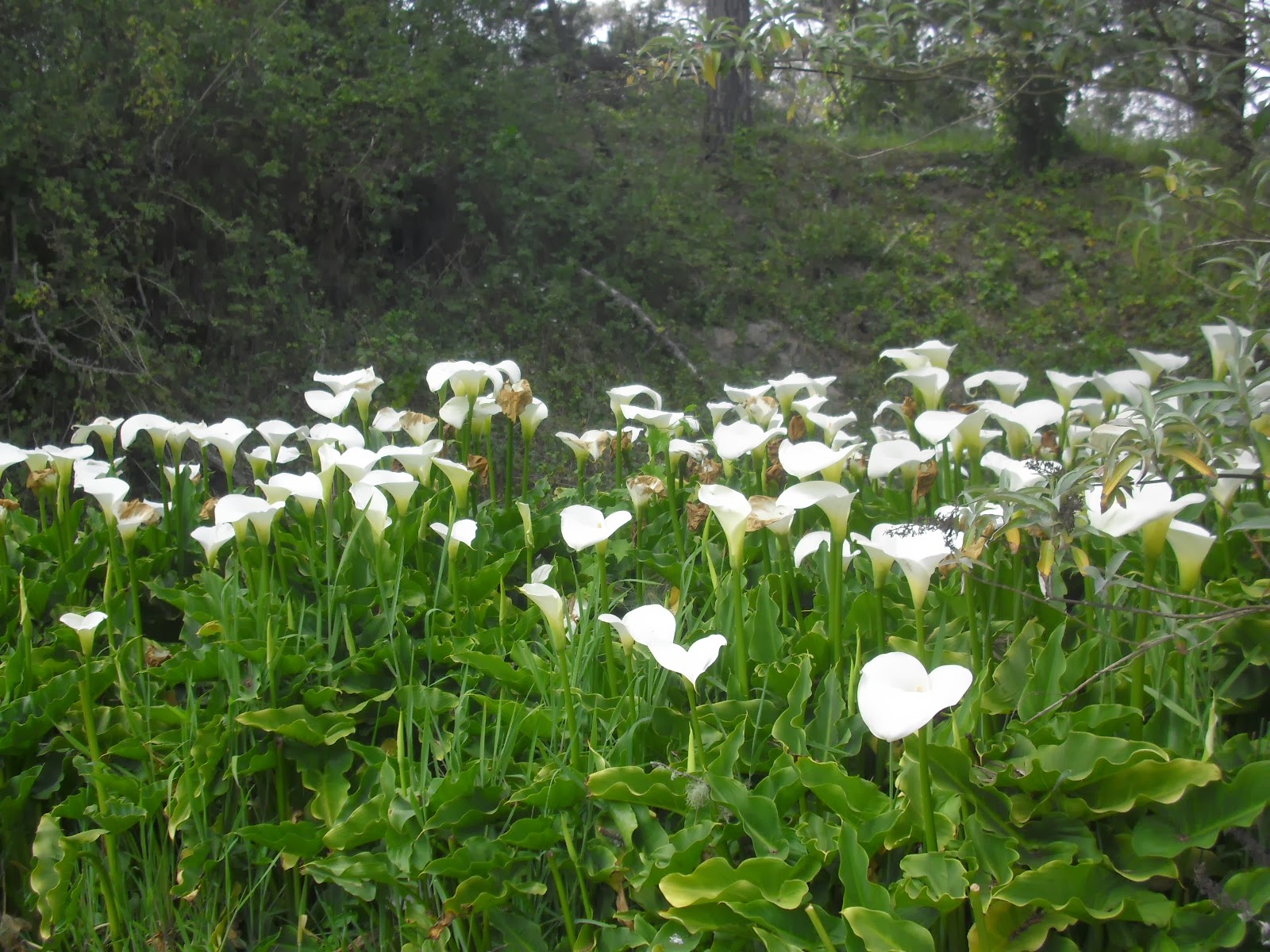 My evening strolls around the downtown area took me past a high-end jeans store with these wonderful old sewing machines in the window. 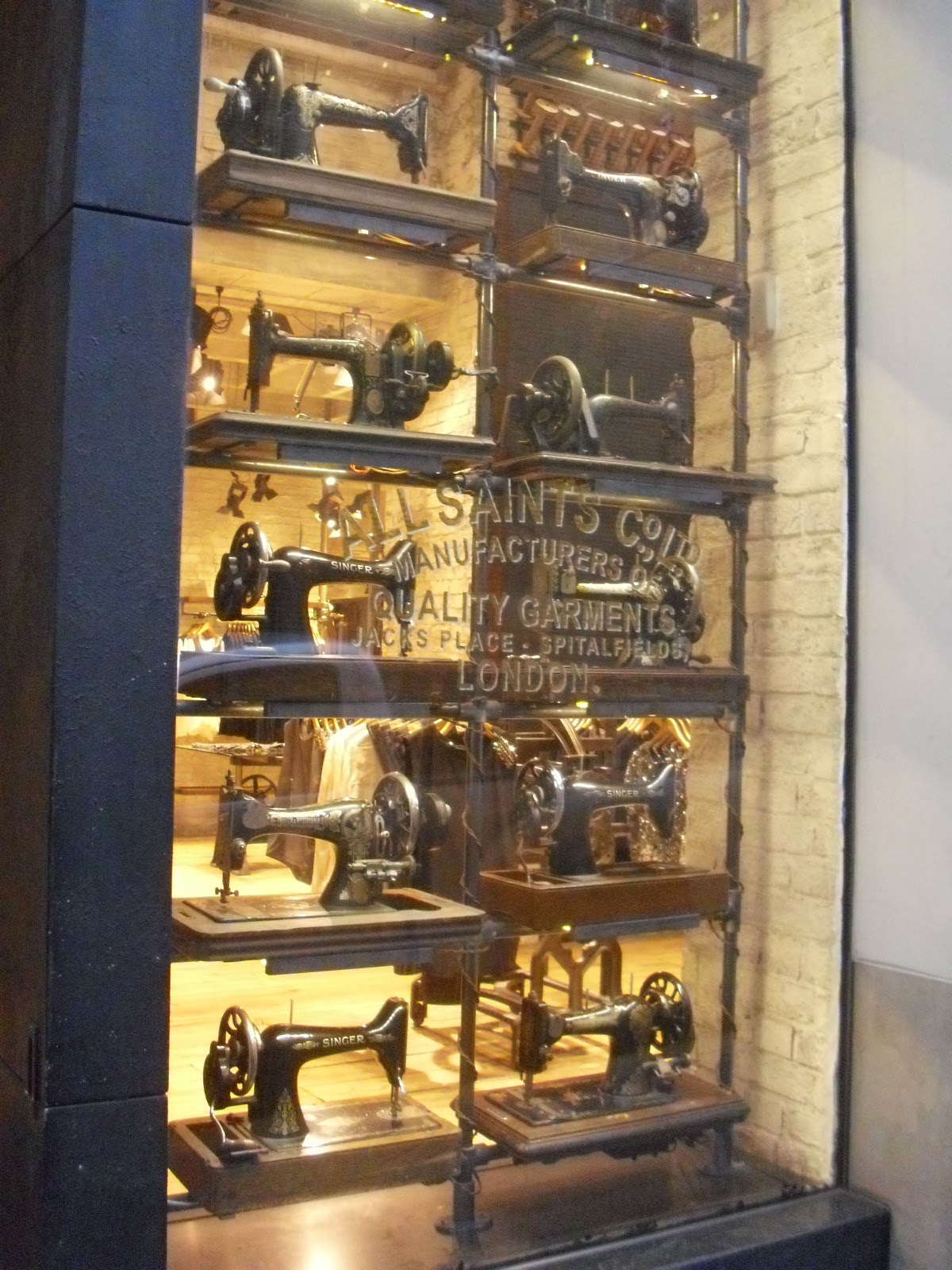 I hopped the trolley to search for dinner in the Embarcadero one night.  That trolley car had originally been from Philadelphia! 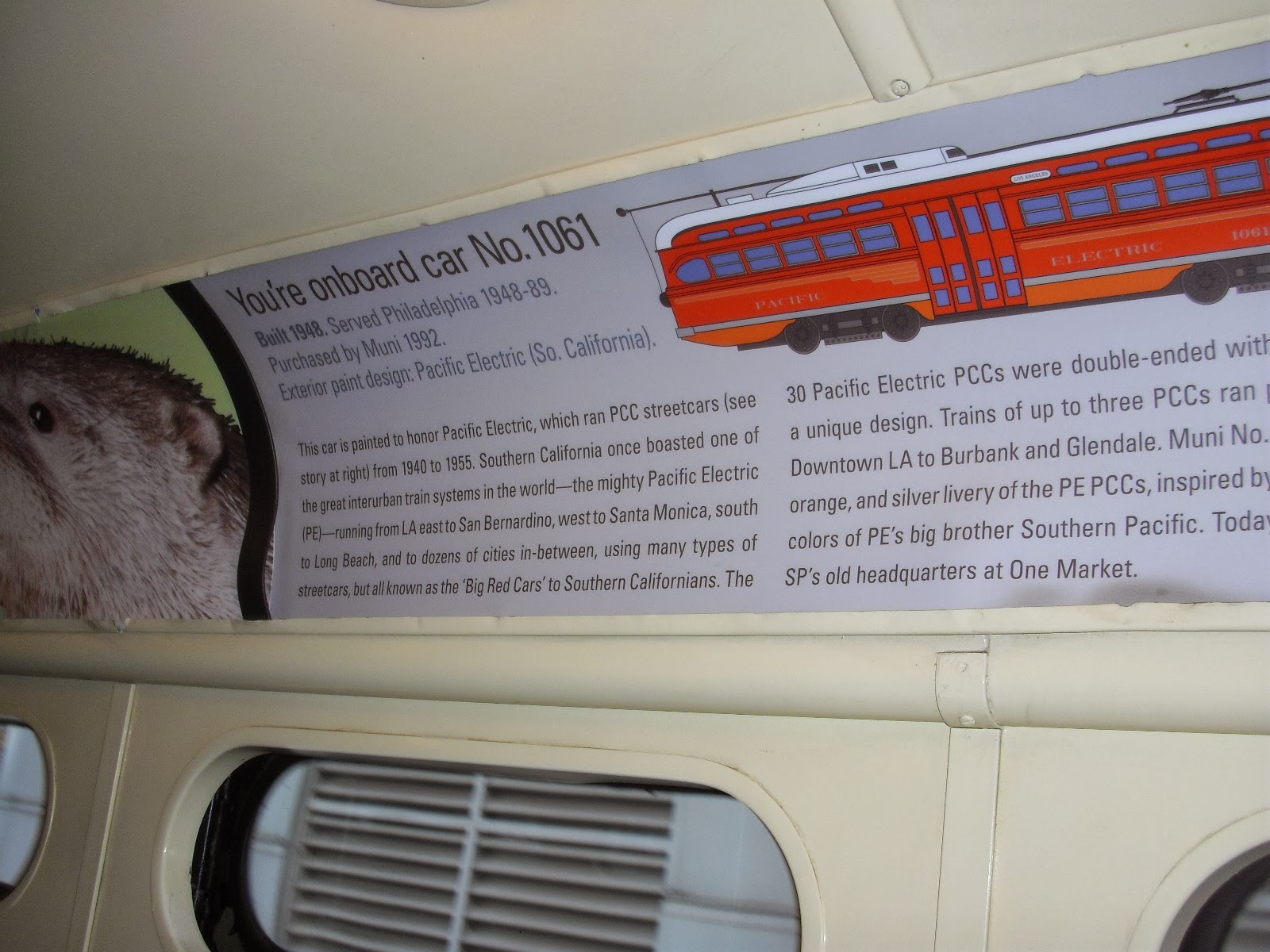 My destination provided a great view of the Bay Bridge. 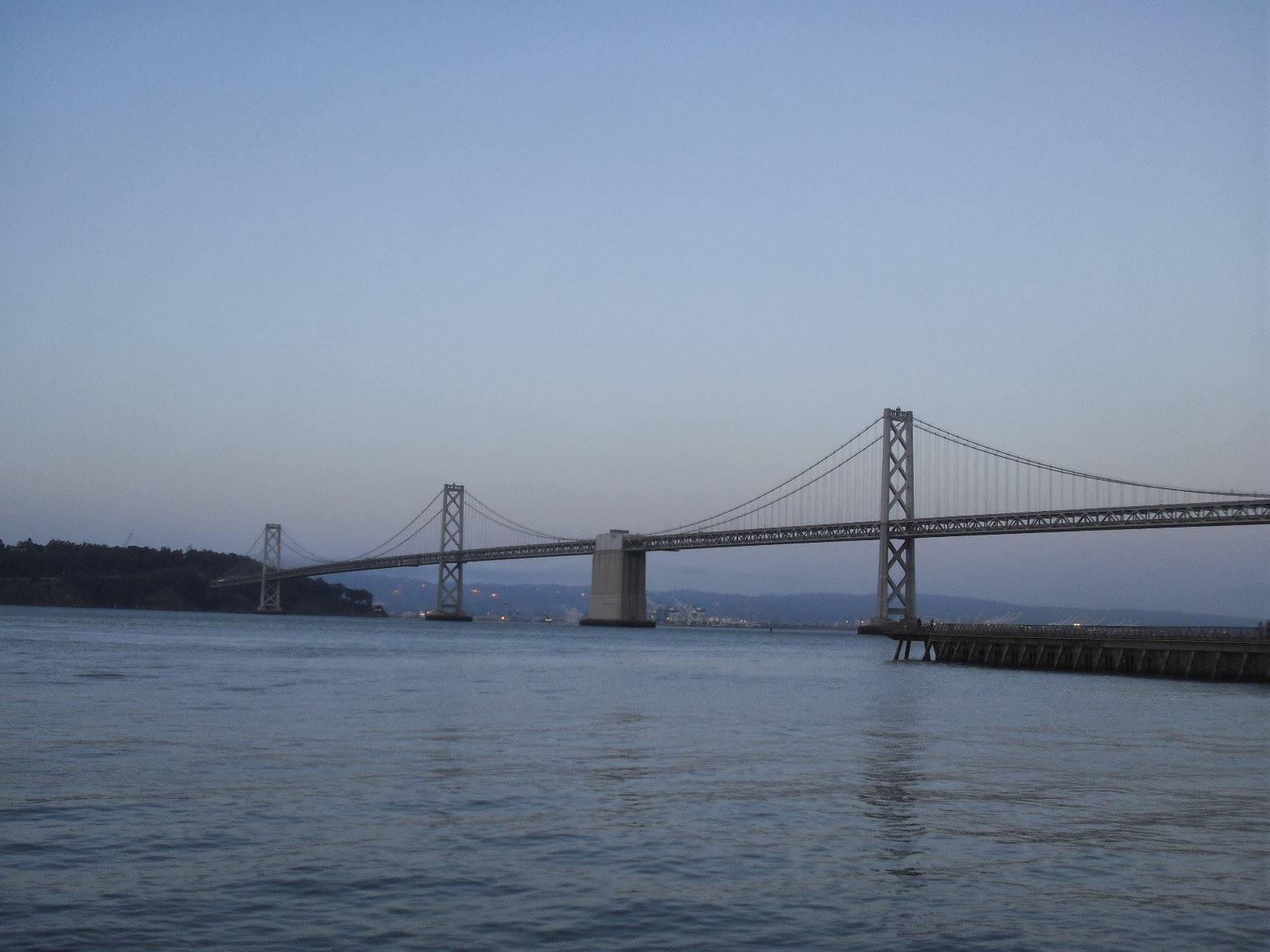 Post-conference, I had a free afternoon before I was due at the airport for my red-eye flight.  Another cable car ride (two actually) to Grace Cathedral on the top of Nob Hill.  In addition to richly colored scenes of San Francisco history lining the interior walls, the cathedral has both an interior and an exterior labryinth. 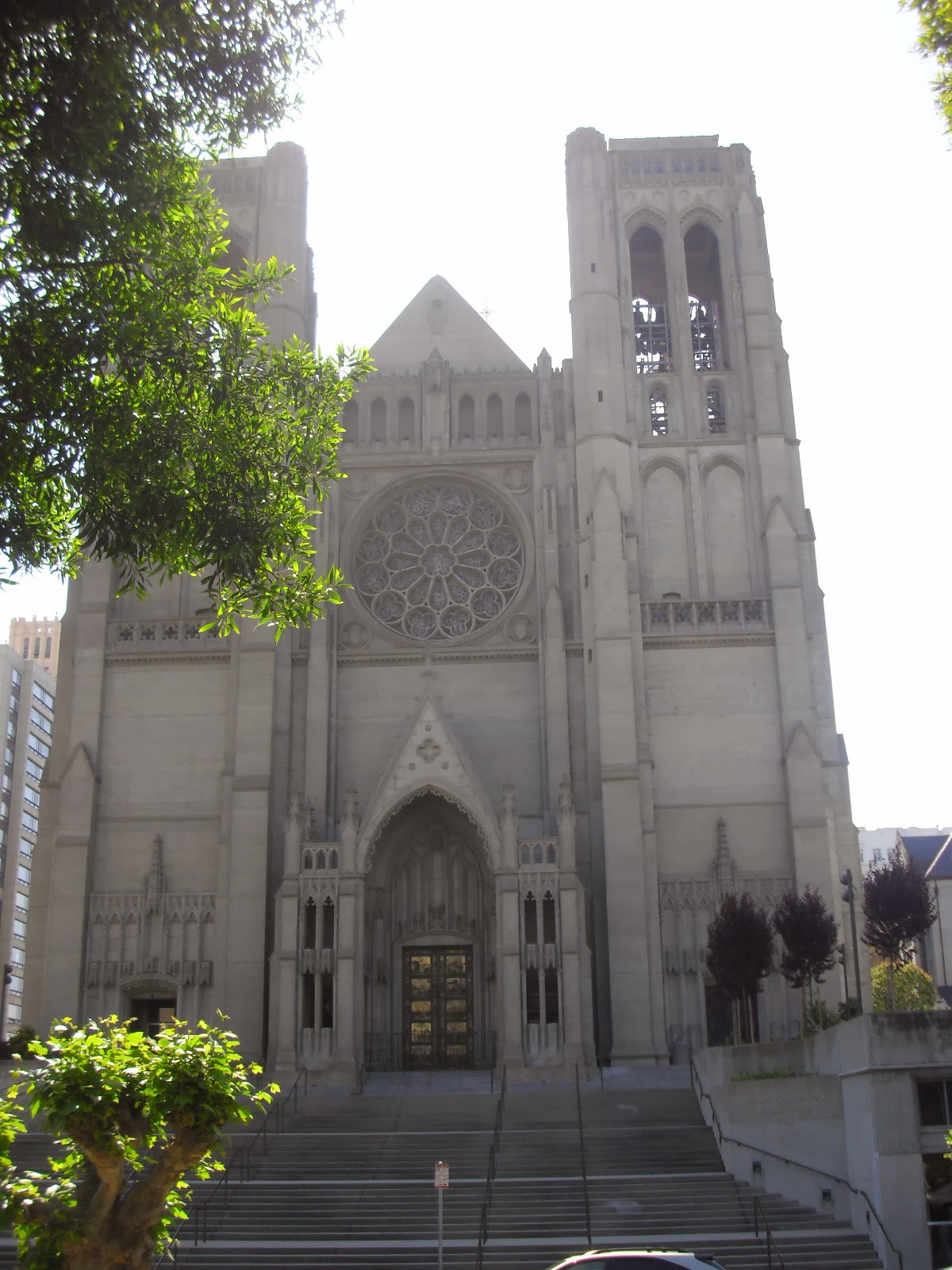 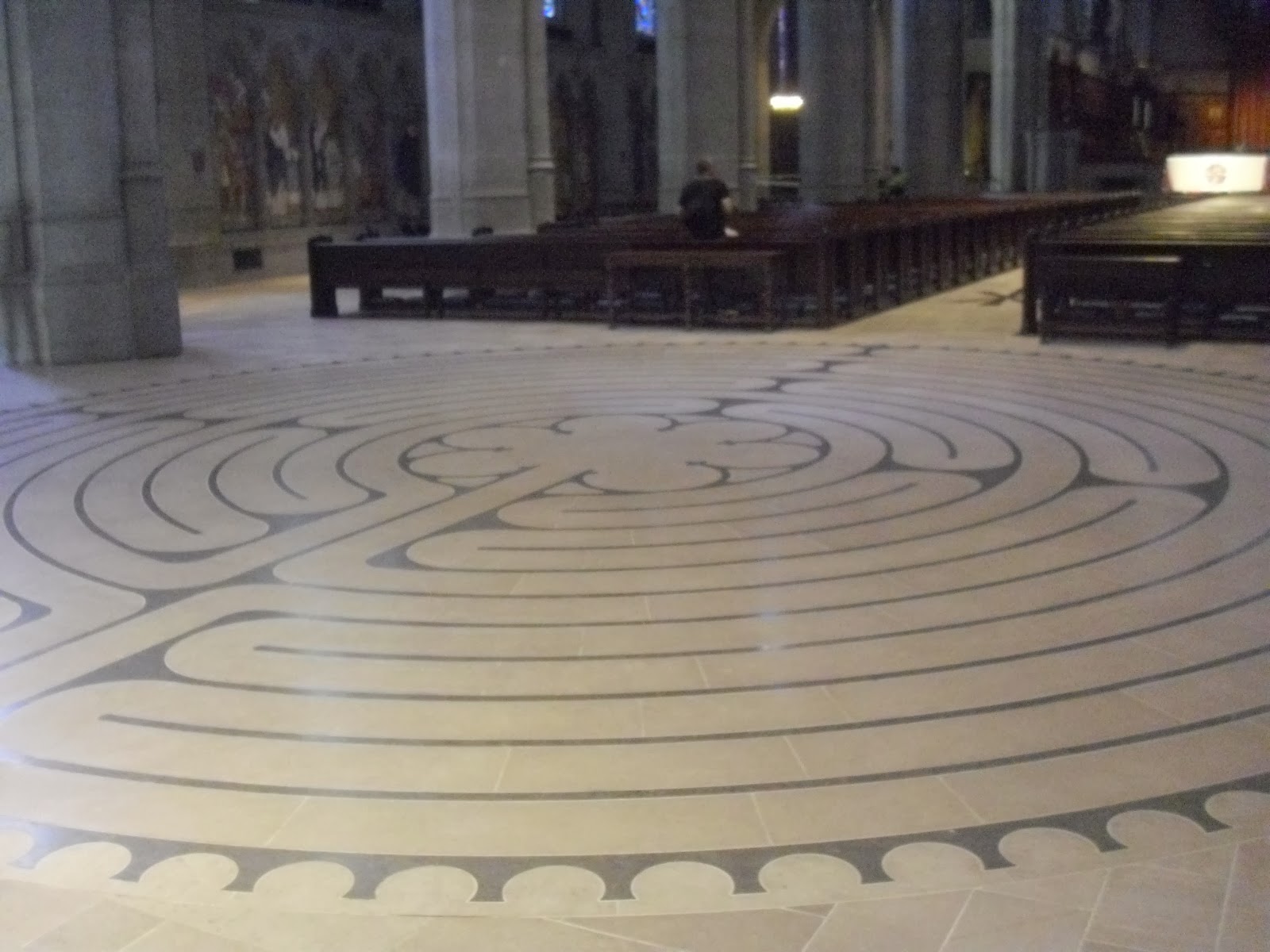 Quietly and reverently, I removed my shoes and walked the winding path inside, as a personal goodbye to that favorite city.

Late June took me to Chicago for the annual conference of the American Library Association. Friday evening, my work colleagues and I grabbed a bus to Chinatown for dinner.  We feasted, then dodged the rain to return to our hotel. 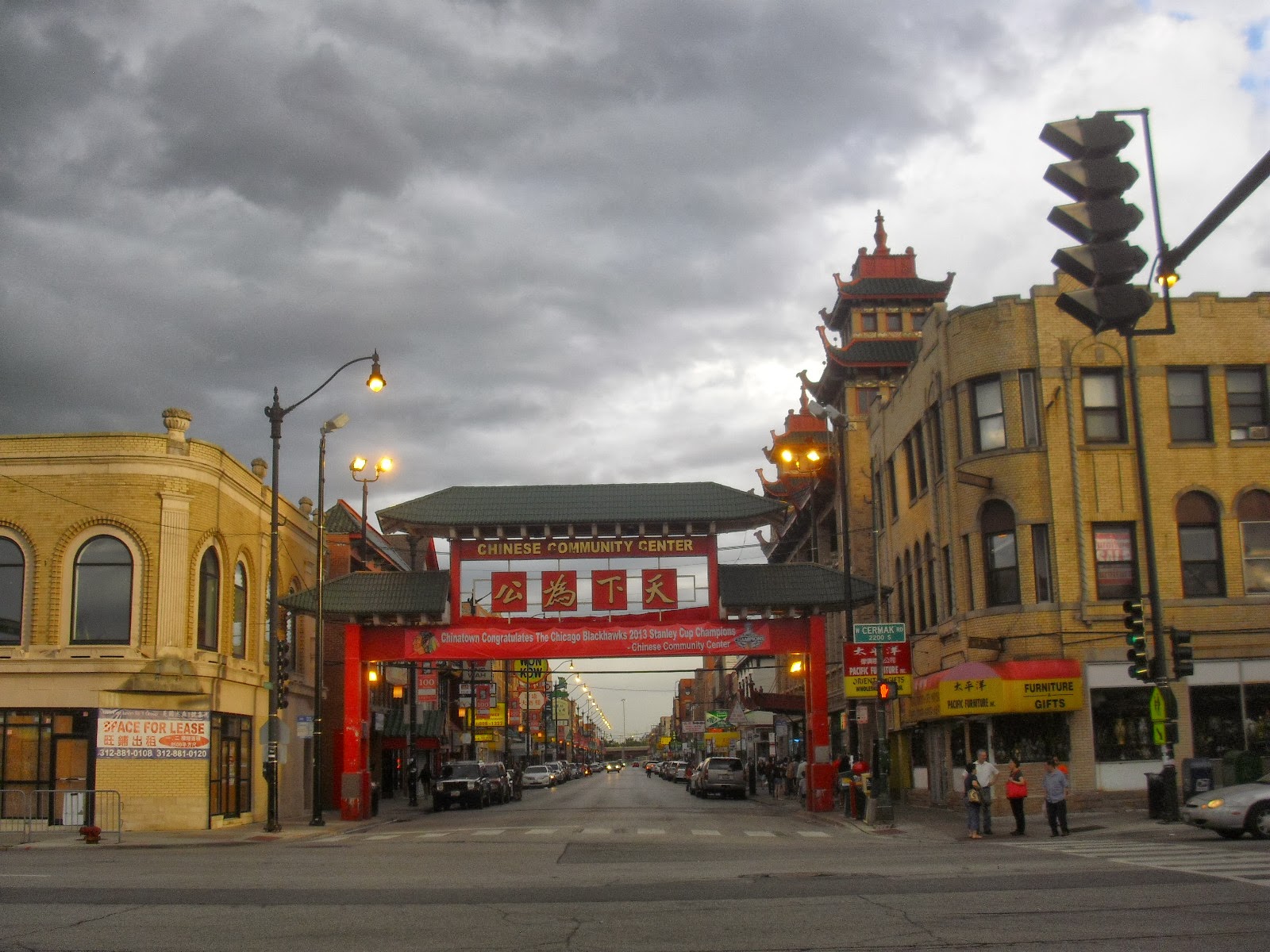 Late that night, Daughter #1 flew in to meet me for the weekend!  She spent some time at the conference, attending several sessions with speakers of interest, then visited the Field Museum of Natural History.  On Saturday evening, we explored the Navy Pier, ready to ride the Ferris wheel and view the city from its height.  Alas, it was not in service, but you can see it in the background. 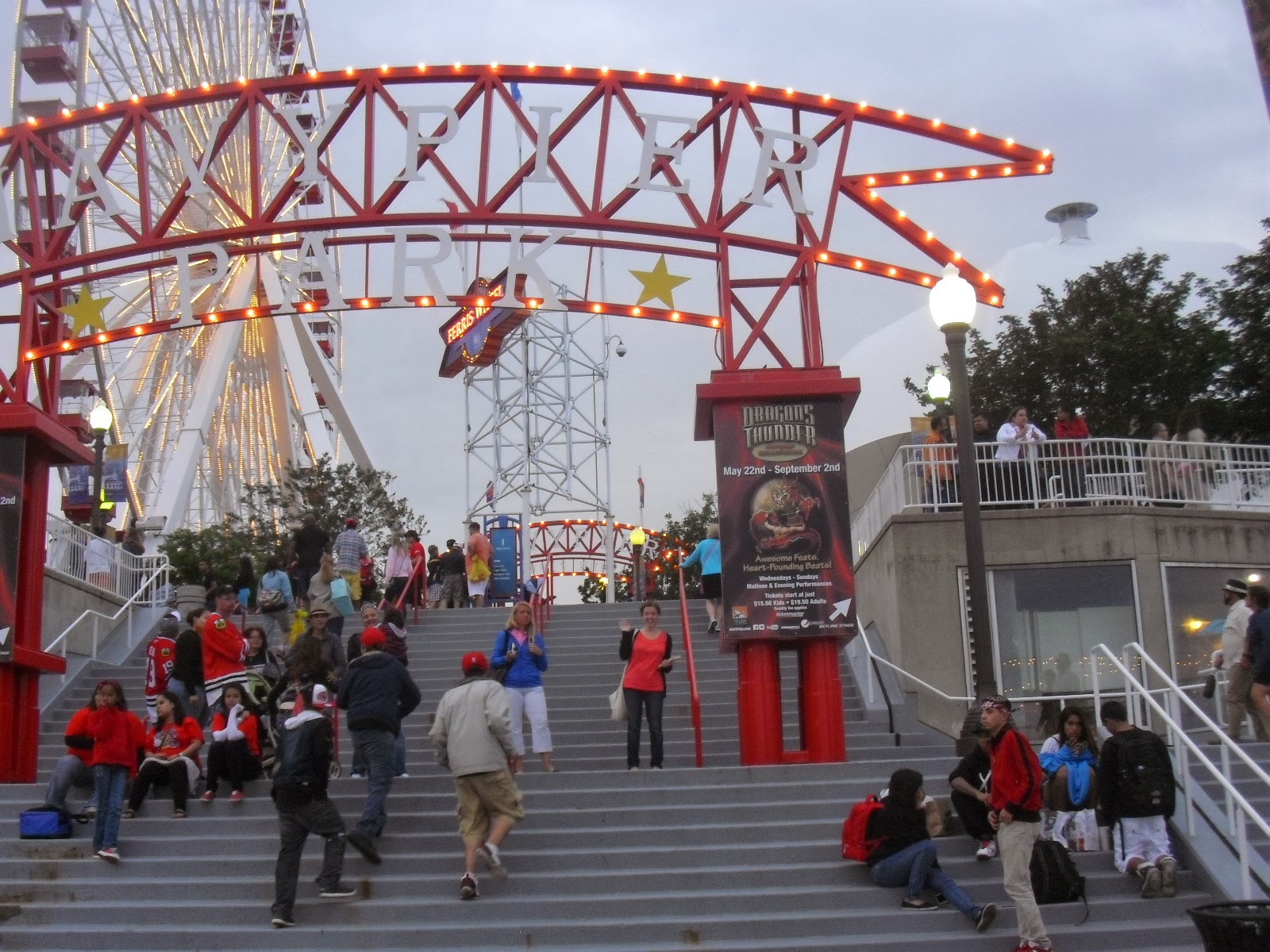 Even from the ground, there was a great view of the Chicago skyline. 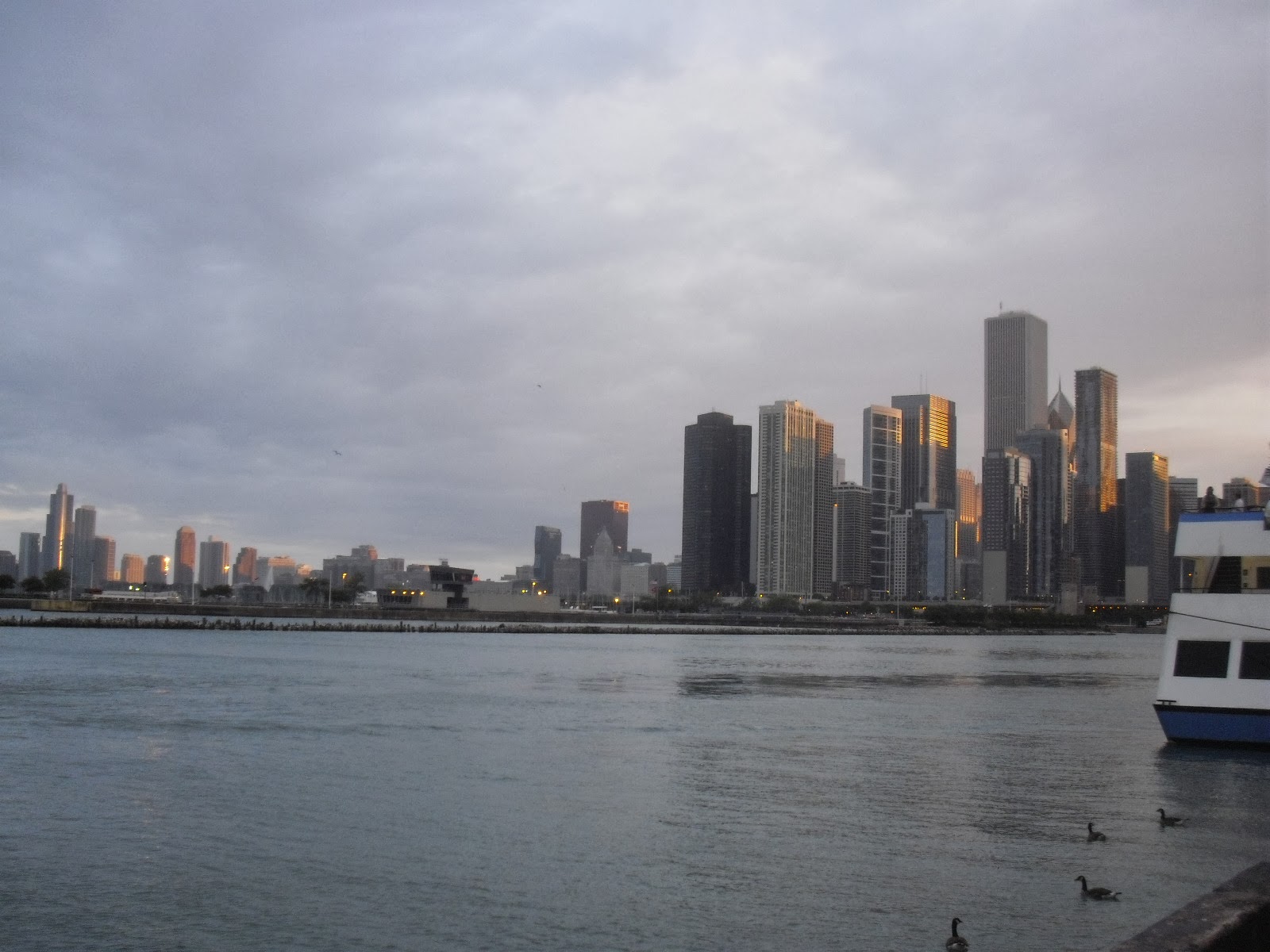 ALA headquarters is in Chicago, so we meet there fairly frequently.  Next visit is January 2015 when the weather will be a lot less hospitable!
at March 18, 2014