My goal for blogging was two posts per month, plus one progress report.  If I count my Day Zero list as one, I'm still behind one for May.  Since I was away and mostly "off the grid" for almost two weeks, I'm giving myself an extension.

Haven't had time yet to organize my photos and memories of my trip so instead, I'll pull out a few photos of last year's (2018) quilts, as the second post for May.

My daughter had several friends get married last year.  For one, I put together some swap blocks as a wedding gift from her.  The blocks were bright churn dashes on a black background and had been well-aged in my stash. 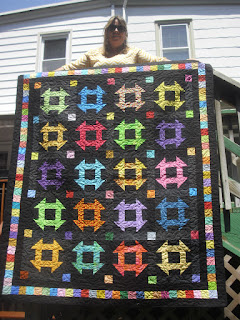 Another friend was a young woman I had also known for several years.  My daughter was maid of honor for her and I was invited to the wedding, so this was my present.  The pattern is called "Reticular" and my version is a variation that used six fabrics and one background instead of the four colors and two backgrounds called for in the original. 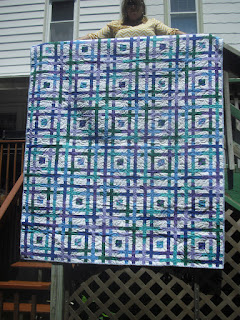 My nephew also tied the knot and he and his lovely new wife received this one, of my own "design".  Though not complex (and mostly put together as "leader-enders"), I was quite pleased with the way it came out. 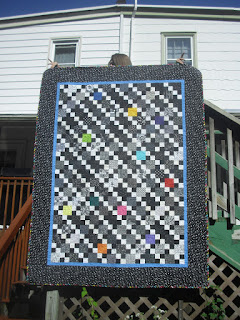 Finally, as I had known my office was closing about a year ahead of time, I made quilts for all of my co-workers.   The colleague with whom I regularly traveled to conferences is fond of penguins and the color orange.  Hence: 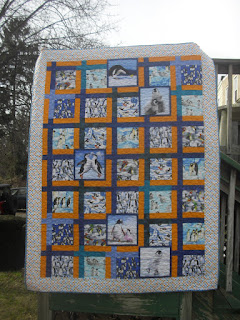 The color palette preferred by the sole woman in the group is similar to my favorite shades, so this one was fun to put together for her. 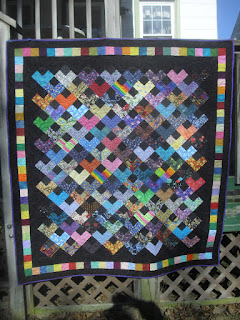 The three other men in the office (known collectively in my quilt log as "the LTI guys") received quilts made with Civil War reproductions, as these fabics are, IMO, appropriately "masculine." 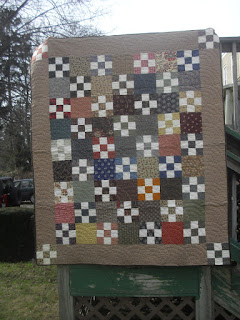 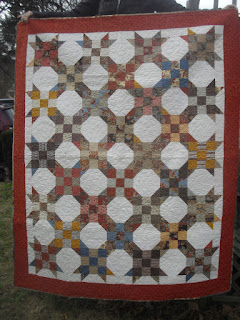 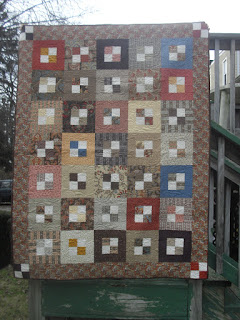 Now that I have a lot more time for quilting, I hope to catch up on some WIP's that have been hanging out in my closet.  Photos will be shared when available.

Next up will be progress report for May.