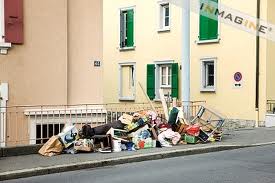 What is it with men -- especially politicians -- that they have to flash their junk all over the internet?  And they think (believe? expect? hope?)  that no one will find out?!   How stupid do you have to be?   And how oblivious are they that they can't see that once they are found out (and they will be...) they will be marginalized, no matter how important it is that their voice and message be heard?

You got your "family values" types that talk hatefully about gays but solicit sex with unknown men in the airport bathrooms.  Then there are the serial or long-term philanderers -- including the subset of those who sired children by the Other Woman.   Not bad enough you blew up your existing family -- you also brought an innocent child into the mess!   Then there's the latest member of the club, who couldn't resist sending a photo of his junk (wrapped but still) to some young "groupie"...  Way to go to have your fight to expose (no pun intended) Clarence Thomas's failure to disclose his wife's hundreds of thousands of dollars' income for opposing health care reform TOTALLY forgotten.  Is what the representative did as 'bad' as the actions of the serial cheaters and closeted homophobes?   Probably not (but his wife might disagree).

But I'm tired of seeing one person after another who had the **lls to speak out against the ever-rightward movement of this country -- someone who might really belong to the "Democratic wing of the Democratic party" -- be shut down and lose credibility with many people.  And, in this case, he did it to himself, thanks to his own hubris.

Maybe it's just that most of my life is spent in a testosterone-free zone, but I just.don't.get.it.