WIBWO....  Funny word...  Just coined it as shorthand for "What I've Been Working On."   Even went back and labeled an earlier post that was titled with the full phrase.

I've been doing quilts and I've also been doing yard/gardening work!   When I moved into my "now" home, it was mid-April and I spent all the nice days just trying to grapple with "stuff" and get settled INside.  No time for doing outside projects.  I pay someone to cut my lawn bi-weekly and that was the critical task.   But the front of my  house is quite bare -- almost correctional facility bare -- given the concrete porch, concrete steps, and nothing growing in front to soften the harshness.   I believe there used to be shrubs there, but they probably got overgrown and were removed.   The flowers down the side of the house had gaps and were weedy too.

So far I've turned this: 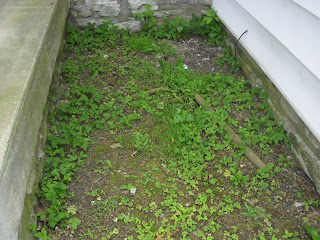 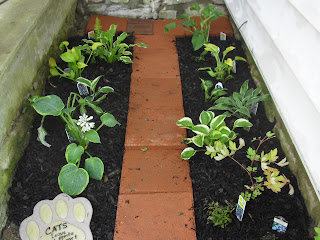 into this:
(hostas, ferns, bleeding hearts and a low growing, blue-flowered veronica) 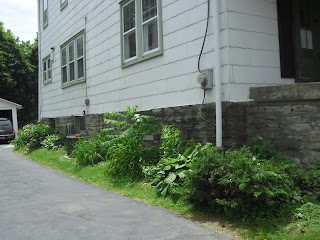 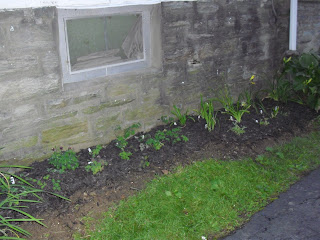 Planted a blue hydrangea out front: 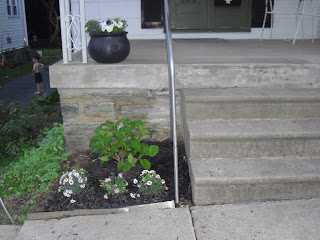 .
Still have a couple of shrubs to plant -- weigela (variegated leaves, pink flowers), a pink spirea and a re-blooming lilac.    That will wind up my gardening (can't work outside in the heat!) until cooler weather in the fall when I will probably want to put in some bulbs.

On the quilting front:  I don't think I posted the picture of the finished William Morris tesselated stars.  It was a big hit with the recipient.   And I confess that I loved it too!   Bill and me, sitting in a tree, S-E-W-I-N-G. 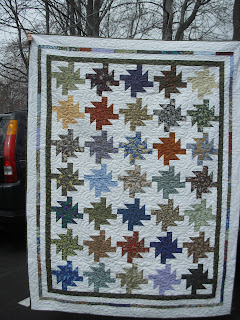 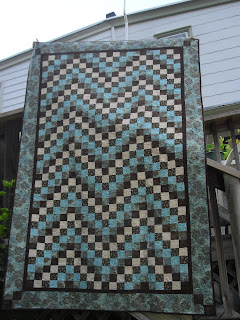 Bordello Bargello quilt for German daughter has been received "across the pond".  She loved it!

Now working on completion of the Rubik's Rings top (nearly king-size), though I may not have it quilted right away.  I'll be keeping that one.  There are so many fabric memories in it that no one else would have; it has to be mine.   And then on to the Almost Amish blocks which will be a wedding gift for the daughter of a colleague.   Wedding was last weekend, but I have a year, right?

Finally, when I sewed the [unphotographed] "camp pillowcase" for D#1 (a tradition for many years), I also put together two others that I'd set aside parts for but hadn't put together.  They will go to the ConKerr Cancer group that gives them to children in the hospital.  Such bright, cheery colors -- and I love the owls on the left. 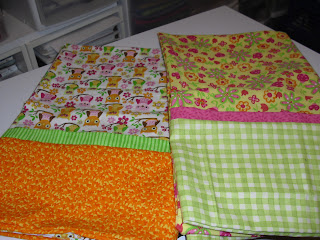 All the above is visual evidence of why I don't get the house cleaned.
at June 20, 2011