Spreading the words: "Hope" and "Recovery"

"Conventional therapy holds that eating disorders are not about eating anyway, but about control.­" -- Harriet Brown, author of  Brave Girl Eating and mother of a daughter recovering from anorexia.

Daniel Le Grange, director of the Eating Disorders Program at the University of Chicago Medical Center, maintains that it [conventional therapy] accomplishes little. "There's no evidence that understanding what causes an eating disorder helps the adolescent recover," he says. "But we know that if you give the child medicine—in this case it's food—she has a much better chance of recovery."(Quoted in this article in "U.S. News & World Report.")

Why didn't I know about this three and a half years, 2 residential center stays of 3 weeks each, thousands of dollars (mostly unreimbursed by health insurance), hundreds of therapy hours ago?  Thankfully, a little over a year ago, I found someone familiar with "Maudsley" to validate the gut impulse I had in early 2007 -- when all I wanted to do was to feed my child.   Until then, I was cautioned not to be the "food police", that she had to "choose" to get better, and all manner of other bull**** by the "professionals" who claimed experience and knowledge.  I realize now that what they could not claim was success.   They poked and prodded mentally at her and at our family -- all but accusing us (primarily me) of causing this life-threatening illness.

If a child had cancer, would medical personnel refuse to treat until they knew what had "caused" the cancer?  Would doctors tell the parents to keep their hands off, that the child had to "choose" recovery, that she had to be totally responsible for taking her medicine, even though she didn't want to and every part of her rejected it, and therefore, she most certainly would not???

Daily, I thank God for the therapist who helped us work together -- primarily my precious child and I -- to allow her to make sufficient progress that 3 weeks ago, she could go away to college!   We prepared in all the usual ways -- clothes, school supplies, dorm decorations, textbooks.  But, in addition, a support system involving several people had to be designed and put in place.  Now that she is physically stable, she is able to work with a therapist to deal with problems that co-existed with her eating disorder, but which were all too often treated as fused or causal -- problems that are not uncommon in adolescence, problems that are experienced by multitudes of children, most of whom (thankfully) are not in danger of falling into the clutches of an eating disorder.

I know she still struggles at times.  I know she still has "fear foods", but I have trust and faith in her that she has come too far and has too much to lose to go back there, and that she knows that too.   Perhaps someday we will be able to celebrate a full recovery -- victory over ED -- together. 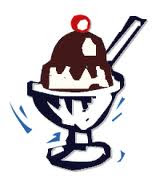