If I were a widow 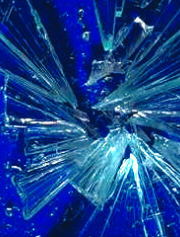 Last week marked four years since my husband blindsided me with the news that he no longer wanted to be married to me.  We had been married over 19 years and, coincidentally, that day was the 20th anniversary of the day we met.  I was, in a word, shattered.  Since then, I have noticed many ways in which I would be better off  if I had been widowed that day.

Some might say,  “Death is final; where there is life, there’s hope.”   For most of us surprised and shocked spouses, there is no hope.  Once, there were fervent prayers and desperate wishes, but we sensed that there was no real hope.  And, after a time, we realize that too much damage has been done ever to be with that person again.

[Please note that I mean no disrespect to real widows and do not wish any harm to my ex-to-be.  This is a compare-and-contrast piece that has been stirring inside for a long time and re-surfaced with the “anniversary”.]
at September 21, 2011