In April, I decided that I was ready to start a "leader-ender" project a la Bonnie Hunter.  "Leader-ender" projects integrate sewing the components into the process of doing your "regular" sewing.  I chose the "Bricks and Stepping Stones" pattern from her site since I already had 3.5" x 6.5" "bricks" cut from assorted scraps.  I cut a bunch of 2" squares from scrap white and scrap black and dark strips.   As I sewed along, I sewed one of each to made a two patch, then two two-patches to make a four-patch. 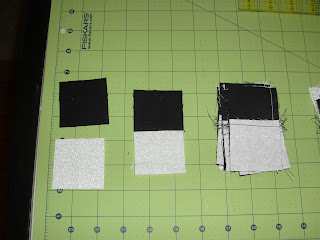 Pressed open the four-patches, and sewed each to a "brick." 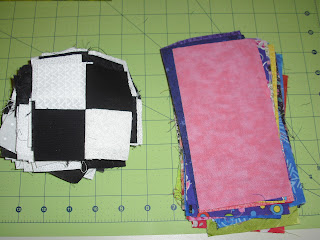 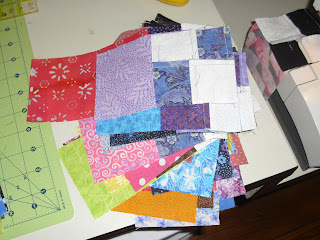 Layout alternates the "matchsticks" (as Bonnie calls them) up and down. 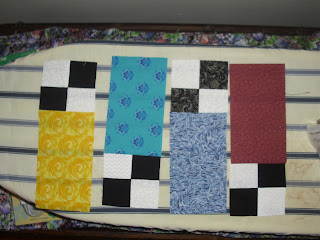 Except, now I have a couple of problems:

a. The project is no longer happy being a leader-ender but wants to become a full-fledged quilt top!   Think I'll have to put some time aside to make it happy.

b. I need to choose and cut for another leader-ender pattern!
at September 03, 2011