I'm old enough to remember when John F. Kennedy ran for President.   Many were concerned about his Catholicism and the possibility of his "taking orders" from the Pope in Rome.  (I confess that, at the time, I wasn't politically savvy enough to know how much of this "concern" was drummed up by his opponents.)  No matter what the origin, Kennedy's campaign had to overcome this fear and convince many in the electorate that he would perform the duties of the position without interference from the leaders of his religion.

Now we have elected representatives (among others) condemning President Obama for not caving in to the demands of the Catholic Bishops to abandon his support for the no-cost availability of  a full range of preventive health services for women of all (and no) faiths!  We have panels of black-robed, celibate (or so they say) middle-aged (mostly white) men telling Congress what is and is not acceptable to them!  Acceptable: doing what they demand.  Unacceptable: anything else.

It strains belief that "they" are debating contraception in 2012, nearly half a century since the original Supreme Court decision overturning a Connecticut law banning the use of contraceptives, citing an implicit right to marital privacy.  A full 40 years ago -- the year after I graduated from college -- the Court, ruling against a Massachusetts statute, established a similar right for the unmarried.

As for "religious freedom", a crucial part of separation of church and state is that I have the same ability to exercise mine as others do to exercise theirs.  No one should be able to prevent me from doing so, even if we disagree.  My church has no prohibition against contraception, and my personal belief is that children should be wanted by parents who are willing to take care of them.  Yet, if I were a librarian at a Roman Catholic college, these men would have the ability to decide for me that I would be denied the benefits afforded by law to women in similar positions in non-Catholic institutions -- even if the church wasn't paying for them!    Of course, given my age, all of this is moot for me as an individual, but not for tens of thousands (at least) of younger women currently or potentially employed at a hospital, a college or university, or a charitable organization for whom this is a real issue.

I could rant for many more paragraphs, but will try to be concise.   Don't like abortion?  Don't have one.  Even better -- don't get pregnant.  How do you do that?  Don't be sexually active or, if you are, use reliable contraception.  Best way to lower the number of abortions in the country?  Free contraception.  Don't believe in contraception?  Don't use it.   No one is forcing you to do so.   You are free to have as many children as you want conceive.  No interference from me!

The supreme irony, of course, is that the same people who want to make it more and more difficult to have an abortion are also doing their best to put up barriers to wide availability of contraception.  On top of that, many politicians are also doing their utmost to unravel all the parts of the already hole-ridden "safety net" that might help a poor woman ensure the birth of a healthy child and a barely-sufficient life afterward by cutting Medicaid, Head Start, food stamps, child care and so on.   Color me LIVID! 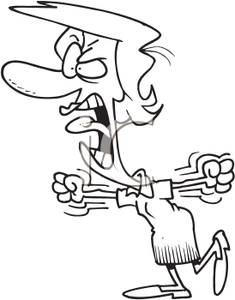