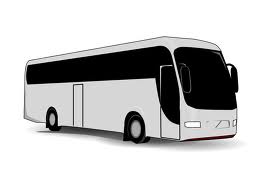 Early last week, I read a report that the cherry blossoms in Washington would be at peak bloom much earlier than originally predicted.   D#1's roommates have mostly been gone for spring break, so I sent her a quick text and asked if it would be convenient for me to buzz down Friday evening and stay overnight, so we could do some cherry blossom viewing on Saturday, the 17th.  I bought a ticket on the Megabus that she usually rides to come home: $32.50 round-trip.  Great price, though I could have saved about 10% of that, had I booked the day before!
The ride down was pretty crowded as it was a Friday night. (Had I discovered earlier in the ride that there was a little luggage shelf directly behind me, I wouldn't have needed to have been cramped by the small backpack I brought.)   The average age of the passengers was easily half mine, but everyone read, slept, listened to music, or worked on their computers, so the ride was uneventful.  Many passengers got off at Baltimore (the only stop), so I had two seats to spread out for the last hour.

Saturday we set out on our travels, via bus, Metro, and foot.  We stopped to see the Eisenhower Executive Office Building  where D# is currently working.  The huge, impressive building, designed in the French Second Empire style, originally housed several Cabinet departments. 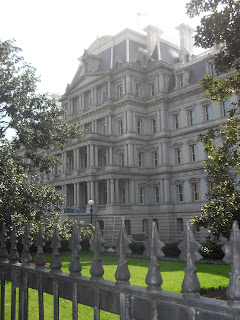 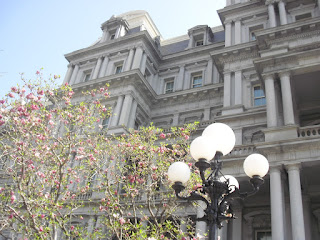 Our ultimate destination was the Tidal Basin with its most concentrated collection of cherry trees.  I had never seen the Jefferson Memorial, either, so that was on the itinerary.  The day was beautiful -- mostly blue skies, sunny, and warm, with a high in the upper 70's! 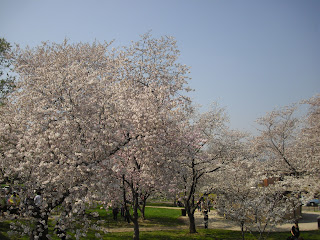 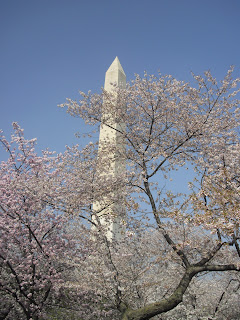 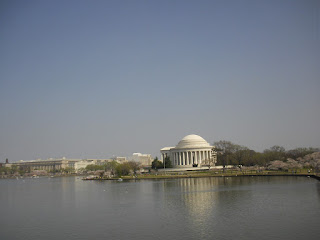 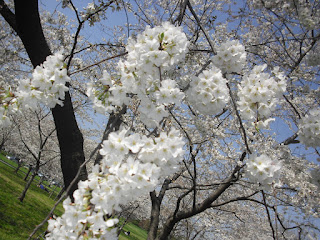 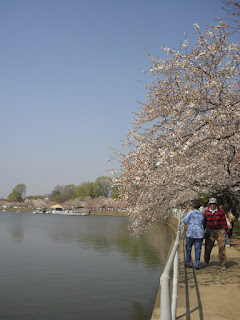 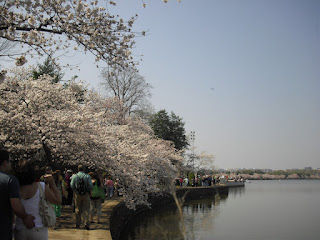 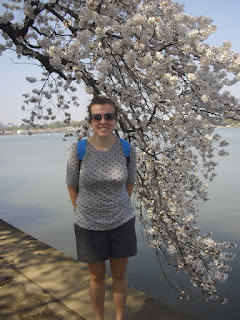 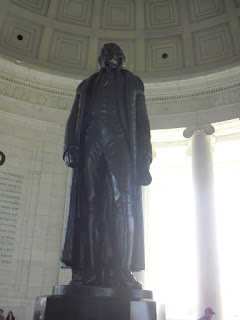 When we left the Jefferson Memorial, my personal "tour guide" -- D#1 has become quite familiar with DC in her almost 5 years there for college and after -- informed me that if we kept walking around the Tidal Basin, we would visit both the FDR and the MLK memorials.   Dedicated in 1997 and 2011, respectively., I'd not had the opportunity to see them before. 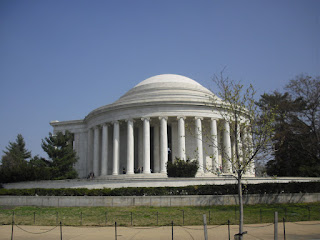 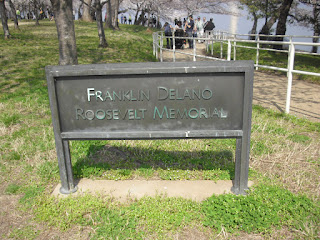 The FDR memorial is arranged by his four terms, but we entered at the end.  We didn't have a lot of time, so we promised ourselves a return visit in the future.   There were relatively few statues, but all were quite effective.  Someone gave Eleanor a bouquet of cherry blossoms and a daffodil. 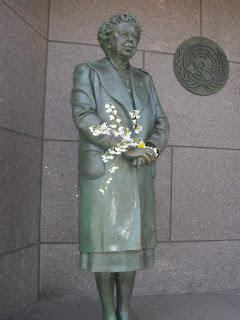 Fala put in his appearance, sitting by Franklin. 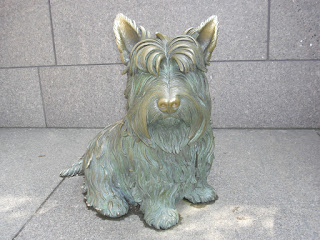 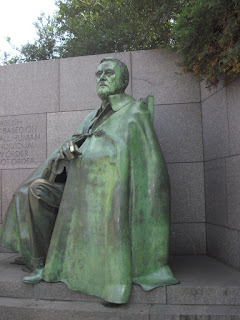 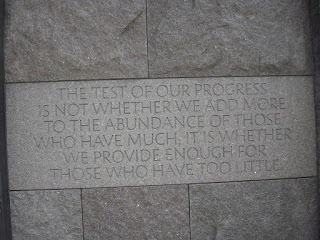 One of my favorite quotes. Ever.


At the beginning ("Prologue"), FDR sits in his wheelchair, looking at the gift shop. 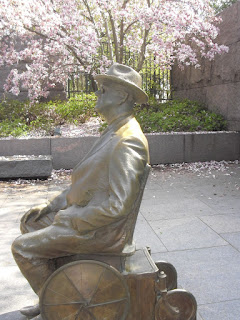 Our last historical walking place was the Martin Luther King Jr. Memorial which was dedicated just last summer.   Again, we were pressed for time, so we didn't spend as much time as we might have liked. 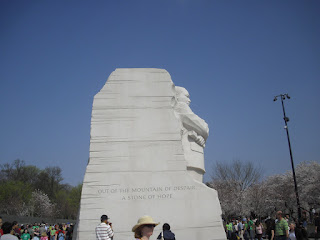 We had plans for a late lunch before I got the 6:45 bus back to Philly.  Metro'd to Rosslyn Virginia so we could go to an "authentic" vietnamese pho (pronounced "fa" as in "fun", according to D#2).  Pho restaurants in DC tend to be more upscale, she reported, and therefore more expensive, though the whole idea of pho is a cheap meal.   After walking uphill about 8 blocks (!), we arrived.  The menu shows other locations of "Pho 75" -- three of which are in Philadelphia, with one in Chinatown! 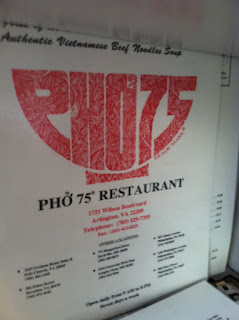 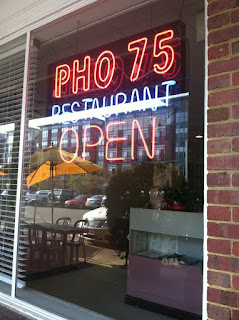 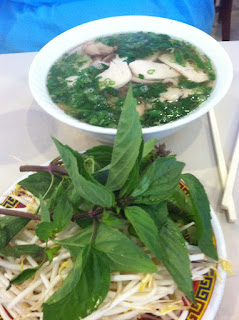 For my first experience with pho, I chose a "regular" size bowl of chicken noodle had slices of chicken, which you can see above.  The plate contained fresh mint, lime and bean sprouts.  A delicious and filling meal.   The walk back to the Metro was, mercifully, downhill.  A bus connection brought us right to Union Station in plenty of time for my bus home which was quite empty, so I had two seats to myself the whole time. 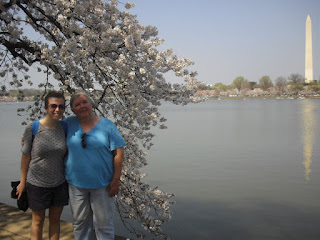 A splendid time was had by all.  Sometimes you just gotta leave the "shoulds" behind and follow your heart.
at March 24, 2012