Losses to computer: -2. Gains with people +2

This week I have been bested by computers twice. 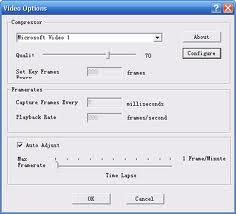 I am an almost-daily user of the web interface to the shared catalog of all the libraries in the county.  I place reserves for books or dvds, and check my account every day or two to check due dates of items I have borrowed.  If I'm not finished with them, I can renew them online.   I count on this helpful tool to keep track of my loans since I often have six or more different things out, usually from several libraries.

On Tuesday, I checked my account and found a crisp new display.  Uh-oh...  I don't trust new displays, which mean a new interface, and which may or may not be an improvement.  It may or may not even work!  Fortunately, I could still find everything that I use, except -- overnight -- everything I had out was shown as no renewals left.   Last week there were 2 available for each one.  I had borrowed an audiobook which took 13 hours to listen to and a book that I hadn't started yet.  So.... POOF!  The computer ate my renewals!   After several emails back and forth, a staff member restored the renewal for the audiobook, but I'm still waiting to see that I can renew my book.  One loss.

Today, I left my office late in the morning, as I had an 11:00 appointment at my dentist's office for a cleaning.  Arrived promptly.  They had no record of an appointment for me.  Looked at the calendar in my planner, where I keep all important information, especially dates and times.  Thursday, October 18, 11:00 Dentist.    The receptionist looked at me oddly, and asked if I'd received a call to confirm.  Well.... no... but I didn't think anything of it, since I had the date and time written down in my calendar!  Somehow I doubt if patients show up randomly and announce they have appointments!   But maybe she thought I was aspiring to be a trendsetter.

Another loss to computer.

On balance, prior to my ill-fated trip to the dental office, I had received an email from a client of the company I work for.  For some time, over several weeks, we had traded emails in which he would ask me about the services we provide to his library and project a byzantine way of using them to do... well, I'm not really certain what he was trying to do.   I would reply, asking him things like, "what are you trying to do here?" and suggesting "you might try X, which would be much simpler," and so forth.  Today's email said that they had decided to proceed based on my suggestions and ended, "Thanks for saving me from the madness I was proposing!"  A big WIN for me!

Early in the afternoon, a colleague informed me that I had received a delivery.  I was not expecting anything to be delivered to my office, but thought that, perhaps, I might have misdirected some fabric (guilty, as charged) that I'd ordered recently.  Instead, I came into the entrance area to find 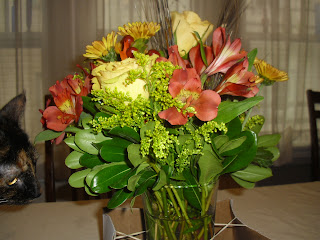 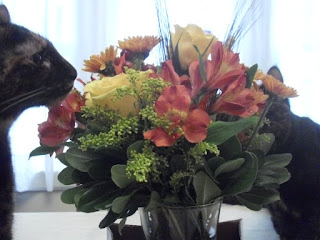 I had done some analysis for another of our client libraries at no charge, with the permission of my supervisor, as they had been longtime customers.   The library had sent me flowers in thanks!   This is probably a first for the company.

So..  the computer got the best of me a couple of time.   But I had two touching and validating surprises from people.