One year ago today, these two came to live with me.  Know variously as the "Terrible Tortie Twins" or the "Terrific Tortie Twosome" or another variation on "T" words, they have brought so much life and laughter to my otherwise-sorta-empty house!   I almost called them "Smidge" and "Smudge" (for the smudge of orange on her face), but cooler heads prevailed.  In retrospect, there could not be a more apt name for his one than "Sassy:" 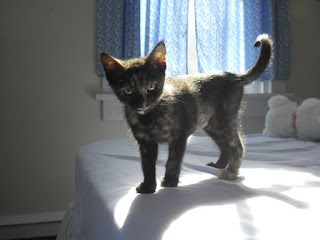 And Smidgen:is still a wee one -- smaller and lighter than her big sister. 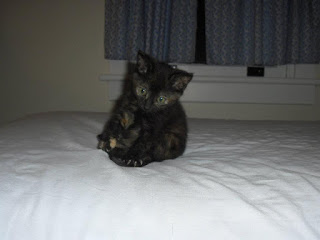 Sassy likes to help me sew. 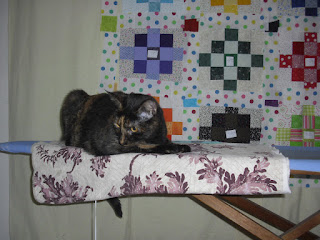 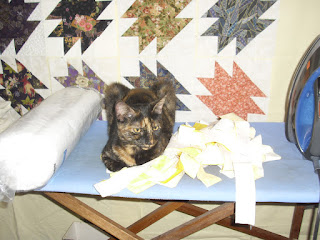 While Smidgen prefers to nap nearby. 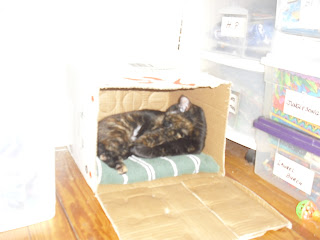 Both like to climb into things -- boxes, bags.... whatever 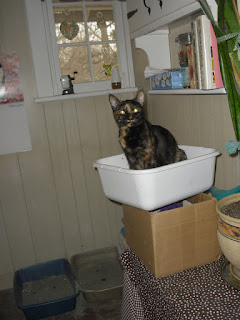 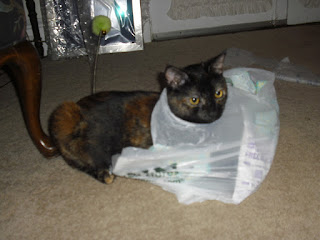 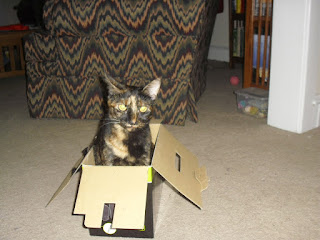 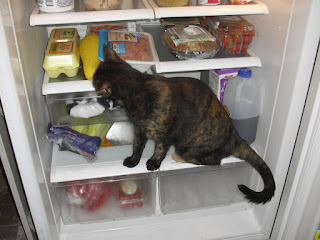 Smidgen also likes to burrow and "hide" under the newspaper. 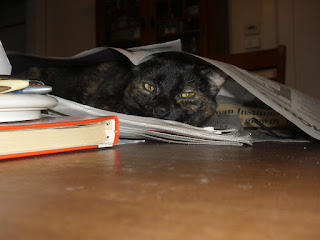 While neither one is particularly outgoing -- probably because I was the only one in the house when they came here to live -- Sassy will eventually come out to meet guests, while Smidgen is more of a "momma's girl" who is quite skittish with other people until she becomes accustomed to their presence.  She loves to sit on my lap when I'm sewing by hand and chase the thread.  Not. Helpful. At. All.
However, there are times when I could swear that they are, in fact, simply one organism, split into two halves. 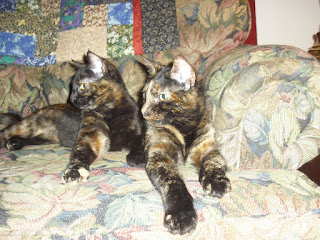 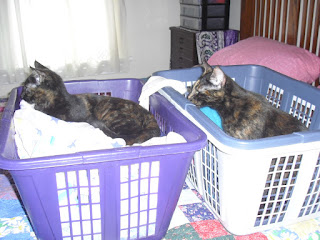 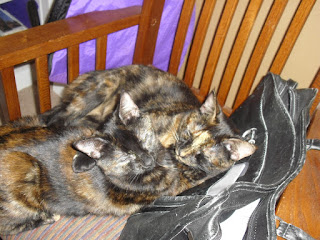 They have never been separated for more than a few hours.  They groom each other, play together, and sleep together -- usually with Smidgen splayed out on her sister.

By my count, they are my 13th and 14th cats since I adopted my first at age 20. Call me a crazy cat lady.  No denials here. I love them and hope to have many more years together.