The Quilt from H*** claims another victim

Some time ago, our friend, blogless Honna brought a project to White Oak that has become known as The Quilt From Hell.  It's official name was "Simple Gifts" and while it was intended as a gift from her to several friends, it turned out to be anything BUT simple. 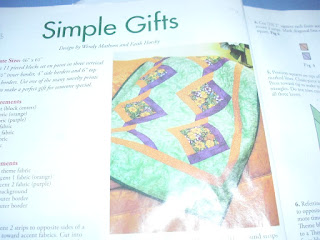 While none of us liked the colors or fabrics in the photgraph, it was pretty clear that it relied for its impact on the contrast among the two framing fabrics, the feature fabric in the center, and the background.  Honna's fabrics (chosen by the recipients) had nearly no contrast at all.  Strike one against her.  She had also been  increasing the size from the generous throw of the pattern to one for a queen bed!   So the numbers of units had about doubled.  Strike two.

The top itself is assembled in units that are put together as diagonal strips. 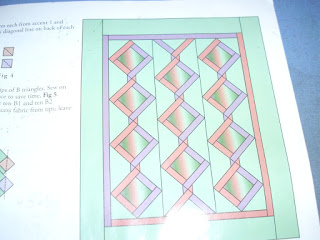 Most of her time at the retreat had consisted of cutting and sewing together the separate units.  But it was just not going well at all for her.  I spent some time working with her  The biggest problem was the placement of the little triangles, but the only way to complete fix that was to take apart all the segments she'd assembled -- a larger task than she was prepared to undertake.  So we concentrated on how to put together what was already done. Along around Saturday night of the retreat, it became clear that she was just at the end of her rope.  I promptly picked everything up, told her to do something else that she enjoyed, and that I would take it home and get the top together.  A week or so later, I gave her the quilt top.  The lattice didn't "wind" correctly, but the lack of contrast in the fabrics concealed that flaw.

Unfortunately, as I analyzed what went wrong, I found that I liked the pattern and decided to use it to make the new quilt for D#2's room.  At my request, she fished the book out of her discard pile and gave it to me with her blessing.  My first step was to find fabrics with sufficient contrast, and, in Paducah, I bought these: 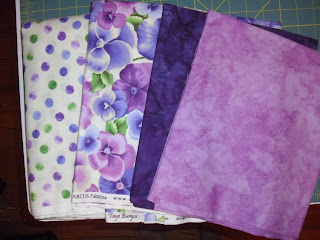 After working on a lot of scrap quilts, cutting into these lovely, cheery fabrics, all in my favorite colors has been such a treat!  I have been happily sewing along, preparing all the units (5 more than in the pattern to increase it to the length of a twin bed mattress top) and planning to assemble the top before the upcoming W.O.W. (White Oak Weekend).  There I hope to add borders -- at least one of them pieced -- so I can send it off to be quilted! 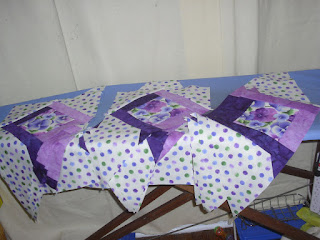 Today I began to put the finished diagonal units together.   Here they are, all spread out and ready to go. 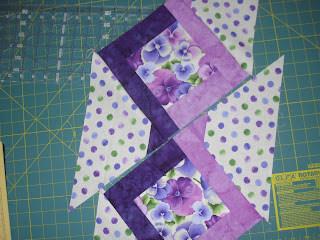 Why weren't my lattices winding correctly???   I'd been so careful (or so I thought).  The directions had cautioned that this was wrong: 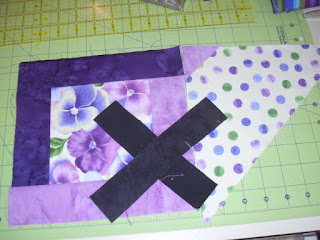 But somehow I'd found (and used) an equally wrong arrangement: 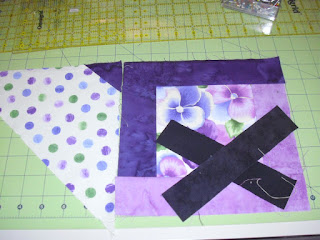 The triangles needed to meet here: 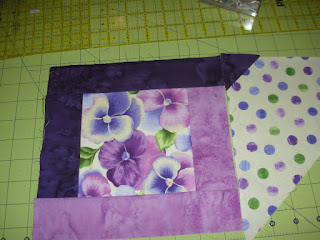